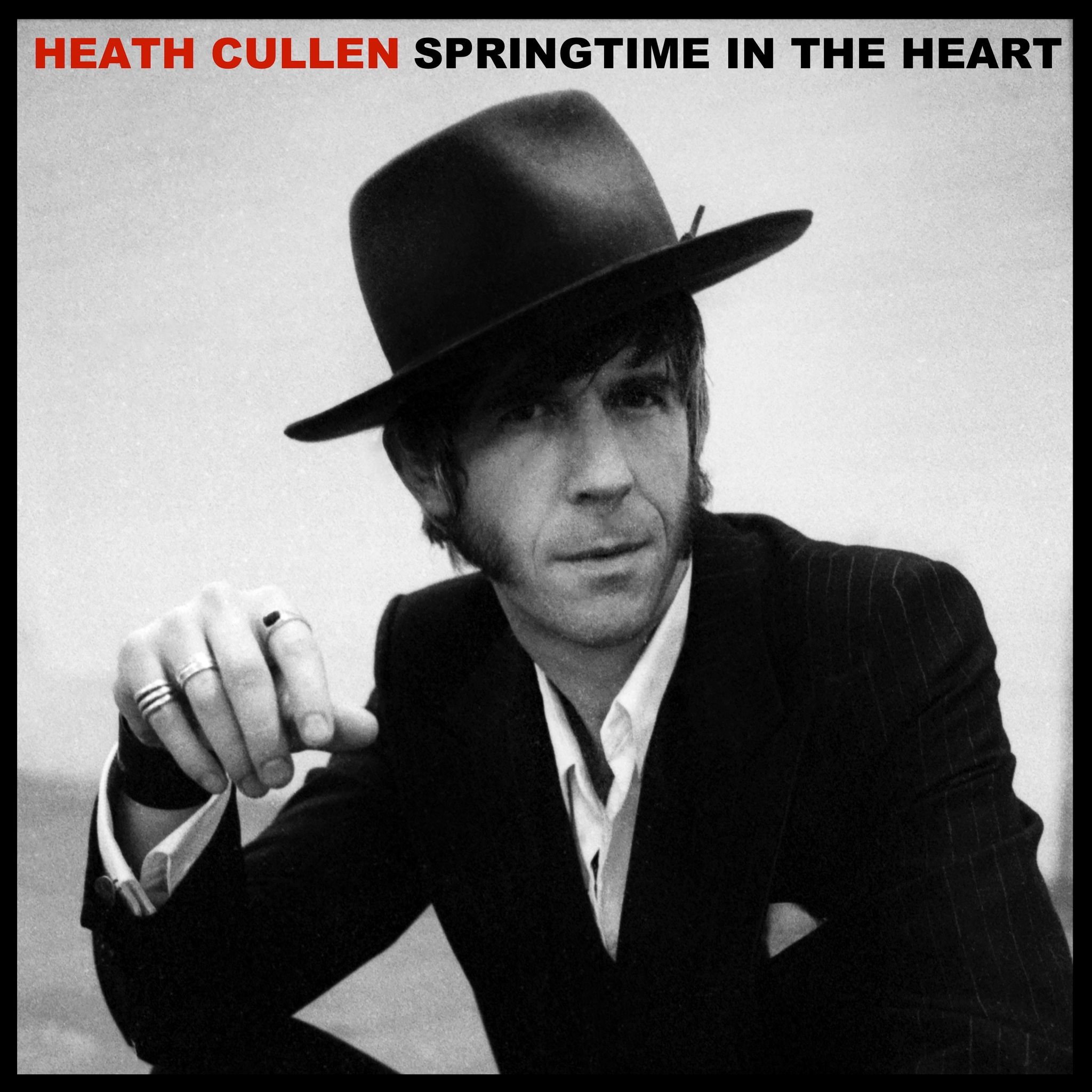 "The energy flows through the album and the pairing of the producer, artist and musicians are a perfect match for all concerned. That includes the listener who can’t fail to take in the artistry and humanity involved. Kudos to all involved in an album we can all take to heart."

"It may be 'springtime in the heart', but Heath Cullen is a master music maker for all its seasons."

"If you like your music slightly left of centre, dark and brooding, grown up and thought provoking, then Heath Cullen's 'Springtime In The Heart' is the record for you, and just when I thought I couldn’t love him anymore, on his website he explains why you will never find his music on Spotify. God bless you, kidda."

"Heath Cullen not only looks like a cross between Nick Cave and Leonard Cohen, but also sounds like them on his new album 'Springtime In The Heart'. On the other hand, the aforementioned comparison is way too easy, because when listening to the album you can clearly hear an own identity that sounds both heavier and rockier than Cave and Cohen."

"The songs on ‘Springtime In The Heart’, the 4h album from Australian singer songwriter Heath Cullen, do remind us of work from top artists like Nick Cave, Leonard Cohen, Tom Waits and Irish legends The Pogues. We ought to be grateful to Heath and to album producer Joe Henry for the solace and the encouragement that is provided to us in these hard times by such a magnificent record.“

Previous Next
More about Heath Cullen
Next