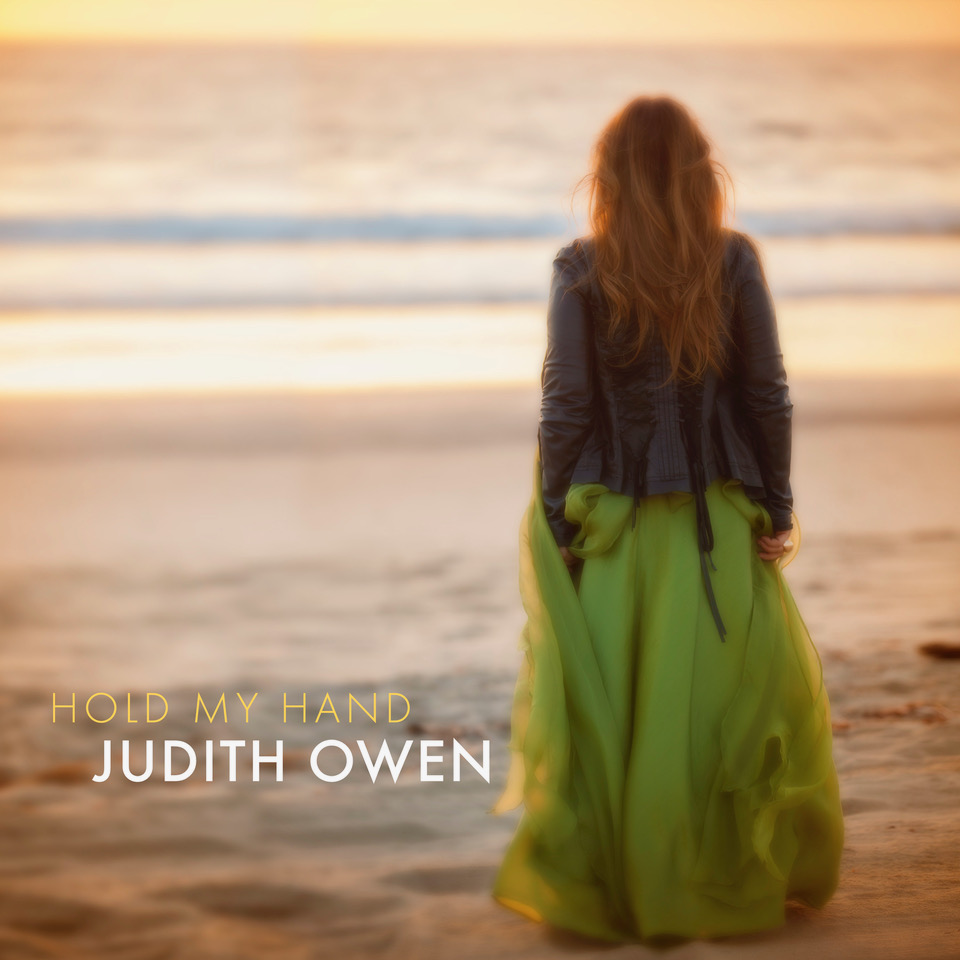 "This is my re-imagining of Jess Glynne’s mega dance hit ‘Hold My Hand’. The sentiment is so fitting for how we’re all feeling right now, needing others, knowing we can’t get through this alone, I’m so proud of how poignant, deeply moving, and totally different it is! Many thanks as always to my incredible collaborators. Leland Sklar, Pedro Segundo, Christian Lohr, John Fischbach, Jesse Snider and Steve Lee. All proceeds will benefit the New Orleans Musicians' Clinic, supporting a community whose 'hand to mouth' existence, with zero social services, has been devastated during Covid-19. Enjoy and many thanks for supporting and caring." ~ Judith Owen

On May 22nd, 2020, world class pianist and vocalist Judith Owen is releasing the new single “Hold My Hand,” a reimagining of Jess Glynne’s chart topping and award winning 2015 song. Produced by Judith Owen and long time cohort, Grammy Award winning John Fischbach (Stevie Wonder, Cassandra Wilson) as well as Christian Lohr (Sting, Joss Stone), it features Leland Sklar on bass, Pedro Segundo on percussion, and Lohr on the Hammond organ. The song will be featured on Owen’s forthcoming album "Both Things Are True", the follow up to 2018’s critically acclaimed "redisCOVERed", hopefully out later in 2020.

"I adore Jess Glynne and this is a song that's had me dancing ecstatically around the room on multiple occasions”, says Owen. “But when it came to covering it, I took it to church and made it an epiphanal hymn to love and to the gratitude I feel at finally being able to say ‘I don’t want to walk alone’. So, the words are what really guided my version. Right now I think we’re in this unusual situation where we can’t disguise our feelings and pretend we’re omnipotent and doing OK, when we’re not. We’re vulnerable and we all need someone who gives us strength, who’s got our back. I’ve spent so much of my life masking my vulnerability, in my career, friendships, and even in marriage, only to find the sweetest relief and liberation in being human and needing others".

After finishing the arrangement in June 2018 Owen was in Germany on tour. There, she met up with Lohr and recorded it solo at the piano with Lohr playing the Hammond, which is on the final recording, and producing the gospel choir parts. “He had me sing them in a slurring crescendo that made them so unique and visceral, they also had to be on the final”, says Owen.

In March 2019, Owen returned to New Orleans’ Esplanade Studio with Leland Sklar (bass) and Pedro Segundo (percussion), and cut the track live with them and with long time collaborator John Fischbach at the helm. “It’s always my preference to record this way, as it’s about the performance, capturing the essence of the song, and the almost magical connection between the players”, says Owen.

In addition to being an internationally acclaimed composer, recording artist and performer whose stylistic range spans rock, pop, classical, jazz, blues, and musical theatre, she is also a comedic actress and master storyteller. And, as someone who knows a lot about battling anxiety and learning to diffuse it with the creative tools she’s honed over the years, Owen is now putting those skills to use in distracting, calming, entertaining, and connecting us all through her blend of music and humor.

Previous Next
More about Judith Owen
Next