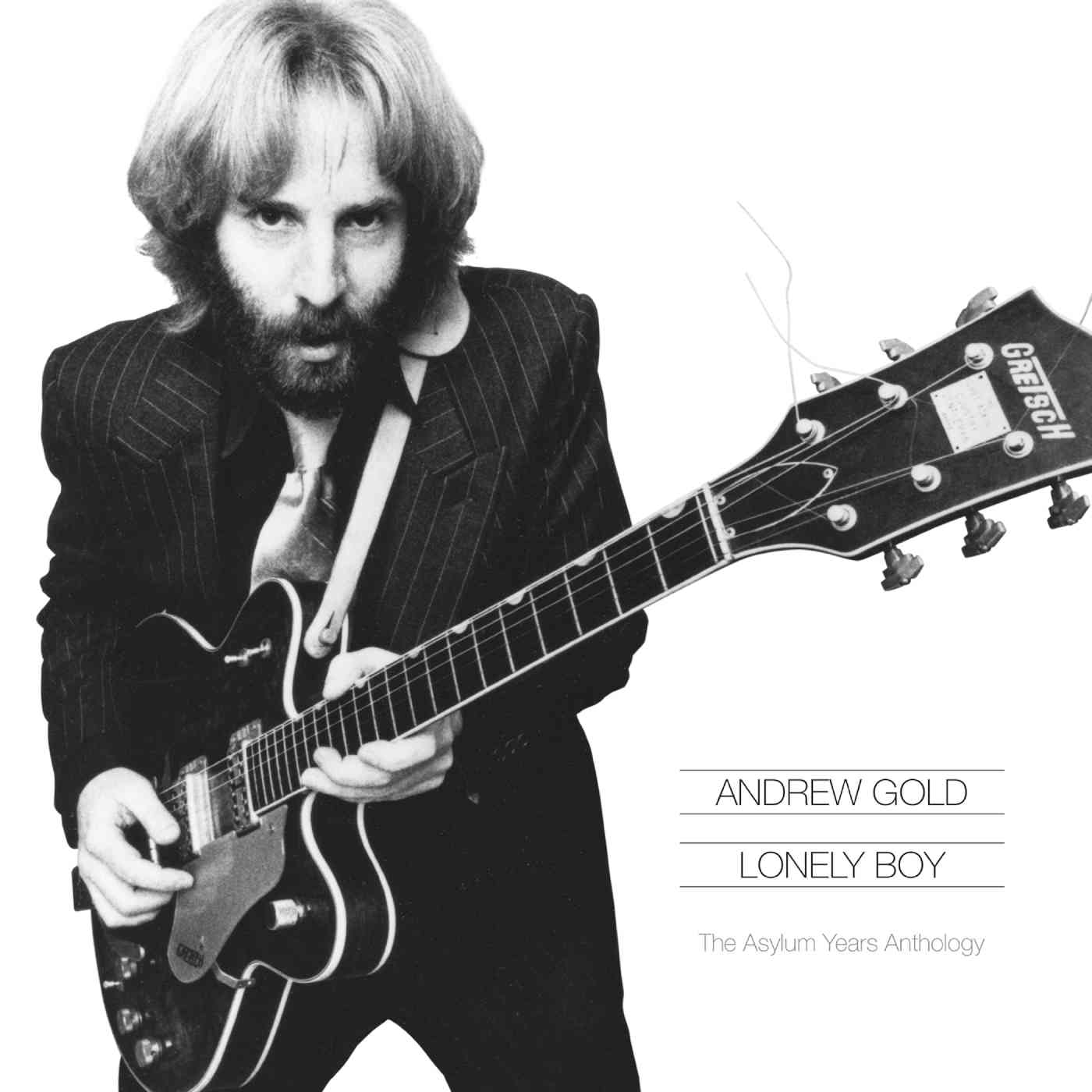 Esoteric Recordings are pleased to announce the release of "Lonely Boy : The Asylum Years Anthology", a newly re-mastered 7 disc boxed set featuring all of the solo albums released by legendary singer and songwriter Andrew Gold on the Asylum label between 1975 and 1980. One of the finest musicians and songwriters to emerge from the Los Angeles music scene in the mid 70's, Andrew Gold had already established a reputation as an arranger and key member of Linda Ronstadt’s band before breaking out as a solo artist with his self titled debut album in 1975.
His song "Endless Flight" was covered by British singer Leo Sayer on his album of the same name the following year.

The classic album "What's Wrong With This Picture?" followed in 1976 and spawned the huge hit "Lonely Boy" and broke Andrew internationally. His third album, "All This And Heaven Too", would produce 3 international hit singles in "Thank You For Being A Friend", "Never Let Her Slip Away" and "How Can THis Be Love", and was another acclaimed work. The 1980 album "Whirlwind" was Andrew’s final album for Asylum. More muscular in nature, it featured the excellent "Kiss This One Goodbye".

Andrew Gold’s recorded legacy is now celebrated with this boxed set featuring 73 tracks on 6 CDs, all newly re-mastered from the original Asylum Records master tapes, along with a disc of outtakes and rarities from the album sessions and a CD comprising 18 live tracks, 17 previously unreleased, drawn from a concert at the Universal Amphitheater in Los Angeles in 1977, and a BBC TV concert recorded in London in November 1976 for the classic series 'The Old Grey Whistle Test'. It also includes an additional 80 minute DVD featuring 6 promotional videos, the complete BBC 'Old Grey Whistle Test' concert recorded in November 1976 and broadcast in March 1977, and a special Andrew Gold feature from the show first broadcast in 1978, all of which are previously unreleased. The set also includes a lavishly illustrated booklet and a poster.