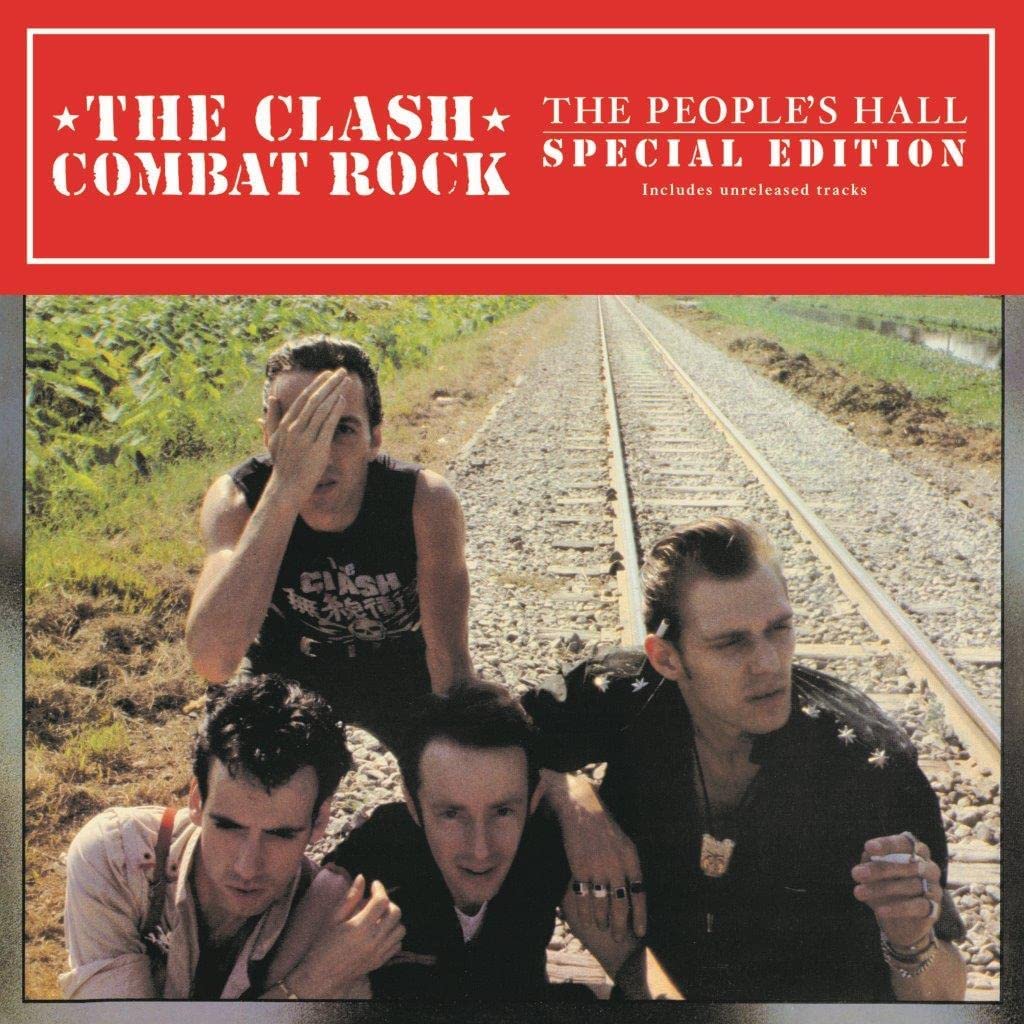 This is a public service announcement, with bonus tracks! Sony Music and Legacy Recordings will release a 2 CD or 3 LP expansion of The Clash's "Combat Rock" for its 40th anniversary. The album comes with a bonus disc of 12 rare and unreleased tracks curated by the band's surviving members.

As the follow up to the sprawling triple album "Sandinista!", the 5th album from 'The Only Band That Matters' found the group at a creative crossroads. Guitarist Mick Jones found himself feeling estranged from his bandmates, including Joe Strummer, who convinced the group to rehire manager Bernie Rhodes as a means of recapturing their early anarchic spirit, and drummer Topper Headon, in the throes of drug dependency. "Combat Rock" was conceived as a dance oriented double album, "Rat Patrol From Fort Bragg", but the band, over the vision of Jones, would ultimately hire Glyn Johns to edit and mix the record into a more streamlined post punk affair.

Misgivings aside, Combat Rock, with its balance of rock, funk and dub, became the band's bestselling album. It reached the Top 10 of the Billboard chart and spun off the band's biggest US hit, the Top 10 "Rock The Casbah". Follow up "Should I Stay Or Should I Go" missed the Top 40, but remains one of the band's signature songs. In 1991, thanks to its use in a Levi's commercial, it was reissued in England and topped the charts; it also played a key role in the first season of Netflix's sci-fi hit 'Stranger Things'. Other key tracks include the powerful opener "Know Your Rights" and "Straight To Hell," sampled by M.I.A. in 2008 for her hit single "Paper Planes". It would be a bold final statement by the classic line up of the band: Headon would be fired ahead of a massive tour, including some dates opening for The Who, and Strummer would oust Jones from the band. Their final album, 1985's "Cut The Crap", was deeply maligned, and the band has largely disowned it.

"The People's Hall", the bonus set on this new expansion, comprising a bonus CD or 3 sides of 2 bonus LP's, is named for the squatted rehearsal and recording space that parts of "Combat Rock" were recorded at in Frestonia, a portion of London that, at the time, attempted to secede from the UK to form an independent republic. In addition to 3 original b-sides and outtakes from "Rat Patrol", the set will include unreleased cuts like an alternate take of "Know Your Rights", the instrumental "He Who Dares Or Is Tired" and an alternate mix of a track by visual artist Futura 2000, a key collaborator with the group in the "Combat Rock" era.

But there are even more bonus tracks to be had on a separate release: a digital EP, and to be released on limited 7", features previously unreleased mixes of "Rock The Casbah" and album track "Red Angel Dragnet" powered by toasting vocals by the late Ranking Roger of The Beat. Both the EP and the expanded "Combat Rock" will be available May 20th, 2022.