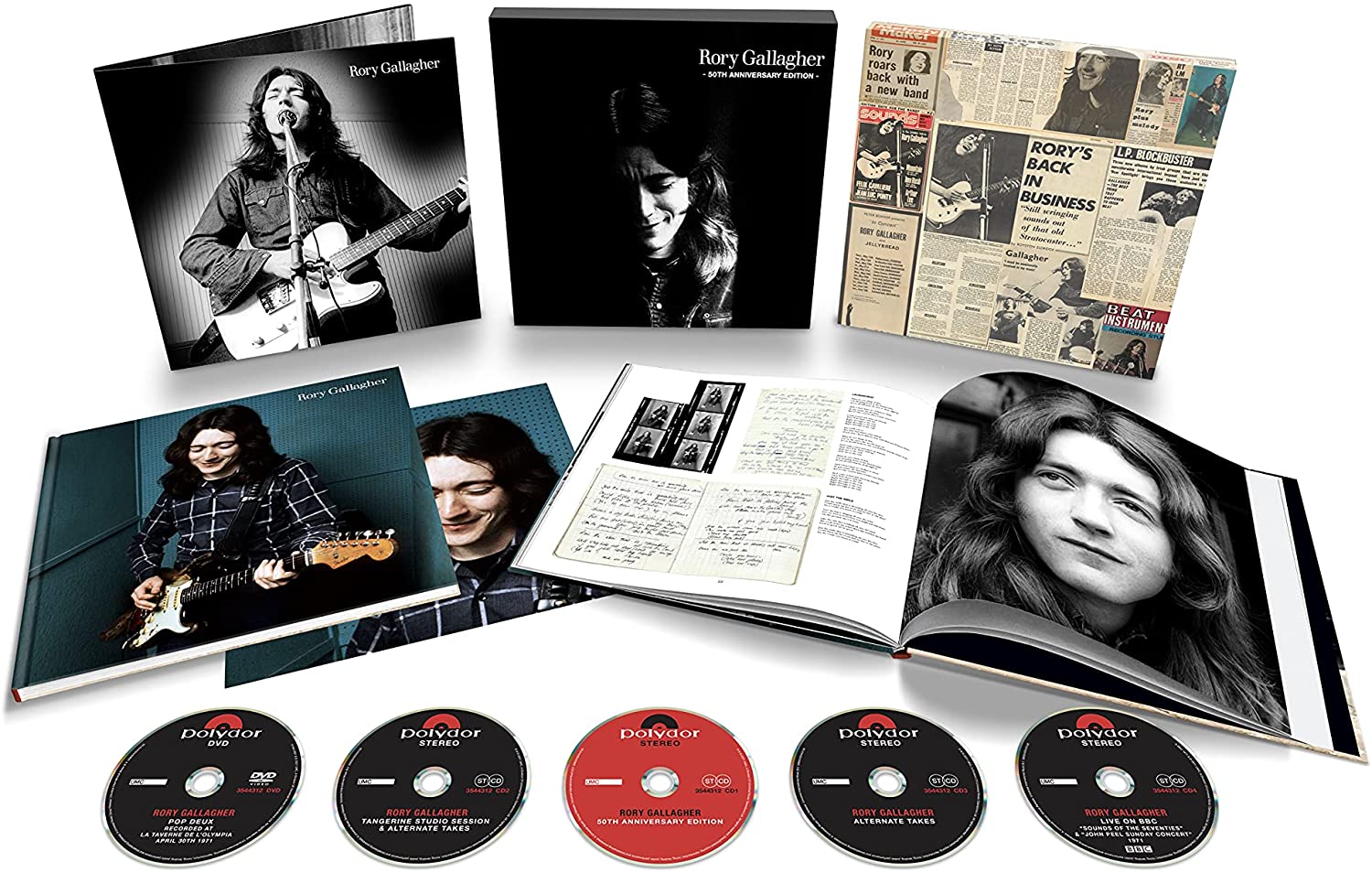 To celebrate the 50th anniversary of Rory Gallagher’s eponymous debut solo album from 1971, a deluxe box set of the album will be released by Universal Music on September 3rd, 2021, which will include a new mix of the original album, 30 previously unheard out and alternate takes, a 6 song 1971 BBC Radio John Peel Sunday Concert, and 4 BBC radio session tracks.

Also included is a 40 minute DVD of Rory’s 1st ever solo concert which was filmed in Paris, France, for the Pop Deux TV show. The package will contain a 32 page hardback book with unseen images, essays and memorabilia from the album recording and a poster. The 2 CD and 3 LP sets will be cut down versions from the deluxe box set.