Smoke From The Chimney 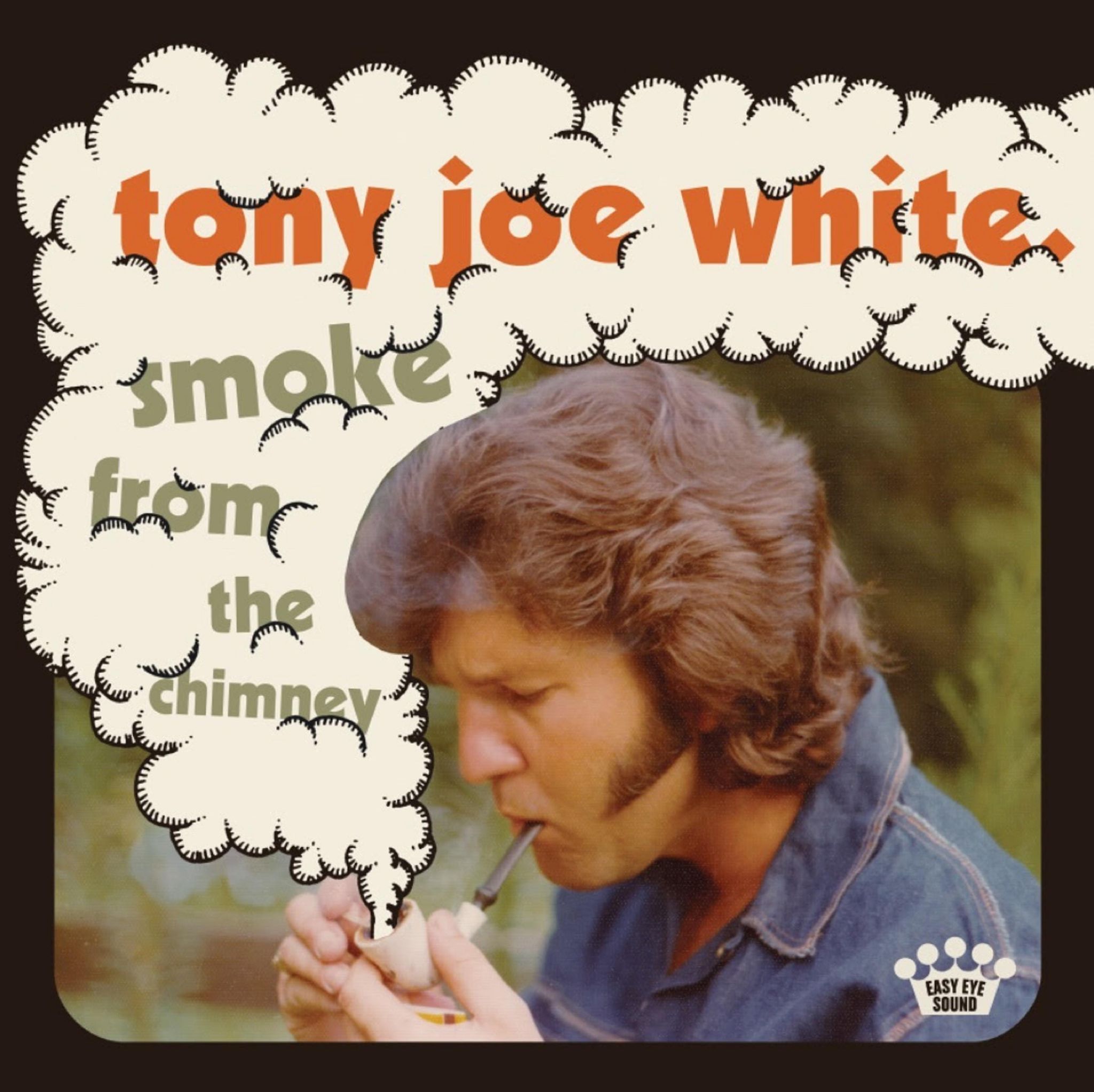 "I think it was the 1st time I heard Brook Benton's 'Rainy Night In Georgia'", Dan Auerbach says about discovering Tony Joe White. "I'd heard the song a bunch already, and I just figured it was a Ray Charles song or something. But then I heard Tony Joe's version and everything about it just blew my mind".

White, the southern singer songwriter who died in 2018, is fresh on Auerbach's mind because the latter recently completed producing an album of never before heard songs from the americana swamp rocker. "Smoke From The Chimney" will be released on Auerbach's label, Easy Eye Sound, on May 7th, 2021. The 9 songs, built on demos of White playing acoustic guitar and singing, have been transformed into band arrangements with great musical respect by a group of Nashville session players, including drummer Gene Chrisman, keyboardist Bobby Wood, bassist Dave Roe, guitarist Marcus King and others. Auerbach contributes electric and acoustic guitar, bass, drums and percussion.

The album's origins go back more than a decade. Auerbach met White at a festival in Australia in 2009. White's son, Jody, was friends with Auerbach and they often talked about doing a record with his father. It never happened. But after White's passing in 2018, his son began digitizing the songwriter's home recordings. Jody landed on 9 unfinished demos and felt the time was right to release them.

"So Jody reaches out and says, 'let's make the record we were always talking about'", Auerbach says.
"Yeah, there's that sound", he says about the feel of a Tony Joe White song. "It's like the perfect music to me. Comes out of New Orleans, and is the melting pot. Usually when people have so much feel, they're not as good at writing. And a lot of times people are really good at writing and don't necessarily have the greatest feel, but he just had both in spades and he had the electric guitar sound, and the acoustic sound".

The character of White's sound, the swampy, gritty, growling, bluesy essence, is intact on the album's 1st single, "Boot Money". It pulses along with a deep soulful groove, swaying with waves of Auerbach's bluesy guitar playing. The sound, which Auerbach describes as "kind of like a snake slithering out of the swamp", simmers with shades of intensity and rising potency. The animated video, directed by Robert Schober, imagines Auerbach in the studio with White with the tape rolling.

"We tried to do our best to honor Tony Joe and his sound with those tapes", Auerbach says. "We cut the sessions live as a band with Tony's voice and the guitar tracks. It wasn't pieced together in a computer. It was real players in a room together, making music".

For White fans, these songs and the stories they tell are some of his best. It's hard to conceive that these were songs that didn't make it on previous albums. From the guttural joy of "Boot Money", to its 8 other songs, "Smoke From The Chimney" is more than a faithful tribute to one of the great americana musicians, performed by an ensemble who capture the DNA of White's songs with beauty, warmth and reverence.