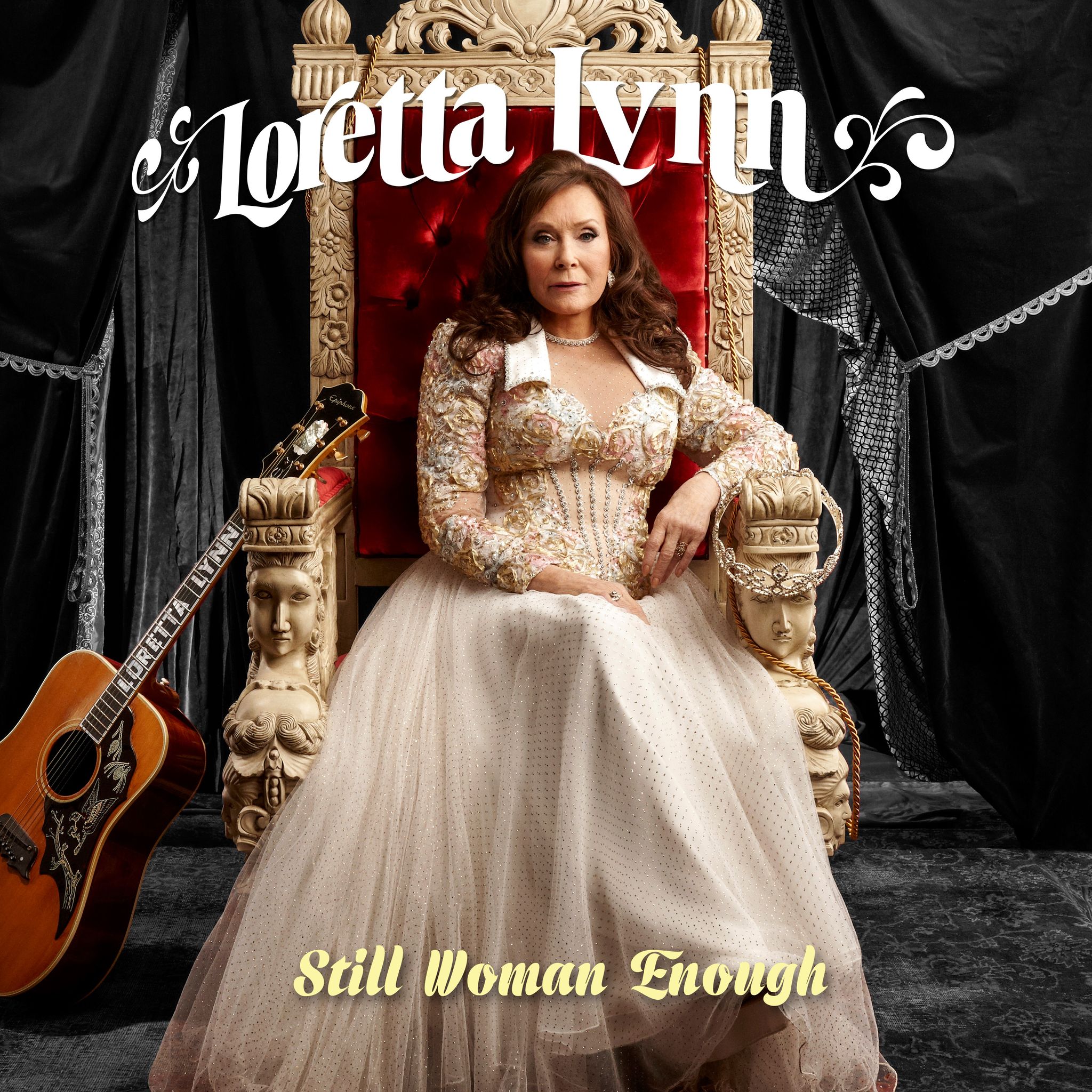 Loretta Lynn will return with a new studio album in 2021. "Still Woman Enough", the follow up to Lynn’s 2018 release "Wouldn’t It Be Great", arrives March 19th, 2021, and features guests like Tanya Tucker and Margo Price.

The 13 track collection was produced by Lynn’s daughter Patsy Lynn Russell and John Carter Cash, and features new recordings of several of Lynn’s classic songs, as well as interpretations of country standards like Hank Williams’ “I Saw the Light”, and the Carter Family’s “Keep On The Sunny Side”. As its title suggests, the album aims to be a celebration of women, both past and present. Reba McEntire and Carrie Underwood join Lynn on the new song “Still Woman Enough”, while Price appears on “One’s On The Way”, and Tucker duets with the country legend on “You Ain’t Woman Enough”.

A trailer for the album shows scenes of the recording at Cash Cabin in Hendersonville, TN, and a peek at a few of her famous guests, accompanied by a snippet of Lynn’s recitation of “Coal Miner’s Daughter”. A full video for “Coal Miner’s Daughter Recitation” was filmed by David McClister at Lynn’s ranch near Hurricane Mills, TN.