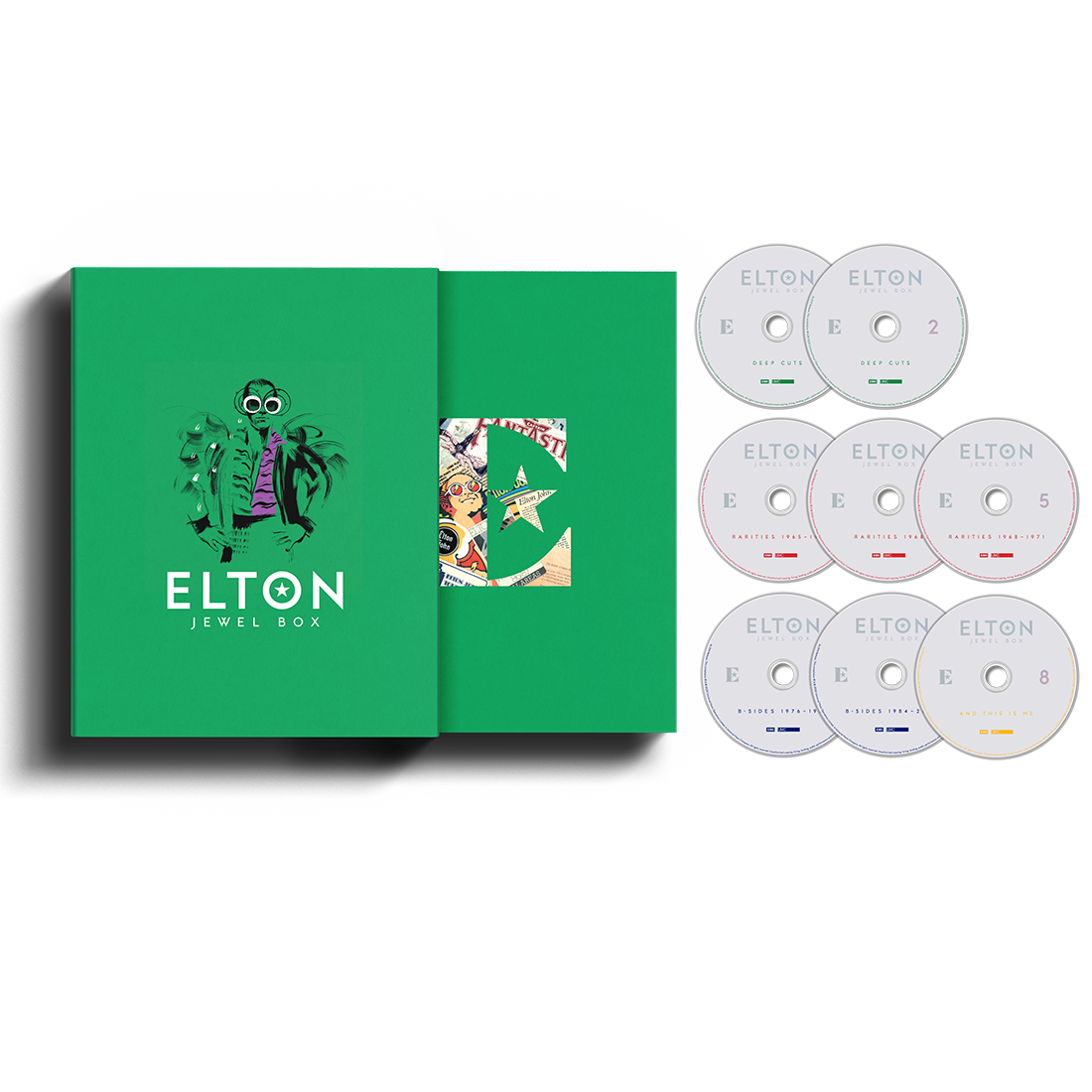 Elton John has announced an expansive new collection of deep cuts, rarities and b-sides, "Elton : Jewel Box", to be released on November 13th, 2020 via Universal Music. The set comprises no fewer than 148 songs reaching all the way back to his pre-fame days in 1965, concluding in 2019. It will be available on 8 CD's, 4 LP's, 3 LP's, 2 LP's, digital download, and streaming formats.

The 8 CD box set comes in a hardcover book with the discs housed in the back, all wrapped in an outer slipcase. Each section features extensive notes, including a track-by-track commentary by Elton himself for the 16 track "Deep Cuts" disc.

To set the scene for the countless rare and lesser heard Elton gems being presented, is the first ever release of “Sing Me No Sad Songs”. The song was written and recorded as a band demo in 1969, and stands as an early example of the artist’s developing working relationship with lyricist Bernie Taupin. It’s also remarkable for its namechecks of 2 future Elton classics in its lyrics, 1984’s “Sad Songs (Say So Much)”, and Elton’s first UK # 1 single, 1976’s “Don’t Go Breaking My Heart”.

“I always want to push forward with everything I do and look to the future, but having time during lockdown to take stock and pull these moments from my memory from each era has been a joy. As a devout record collector myself, this project has really excited me, and I couldn’t be happier with the level of craft involved in such a carefully curated, lovingly constructed box set. I’m sure my fans will enjoy it as much as I have”.