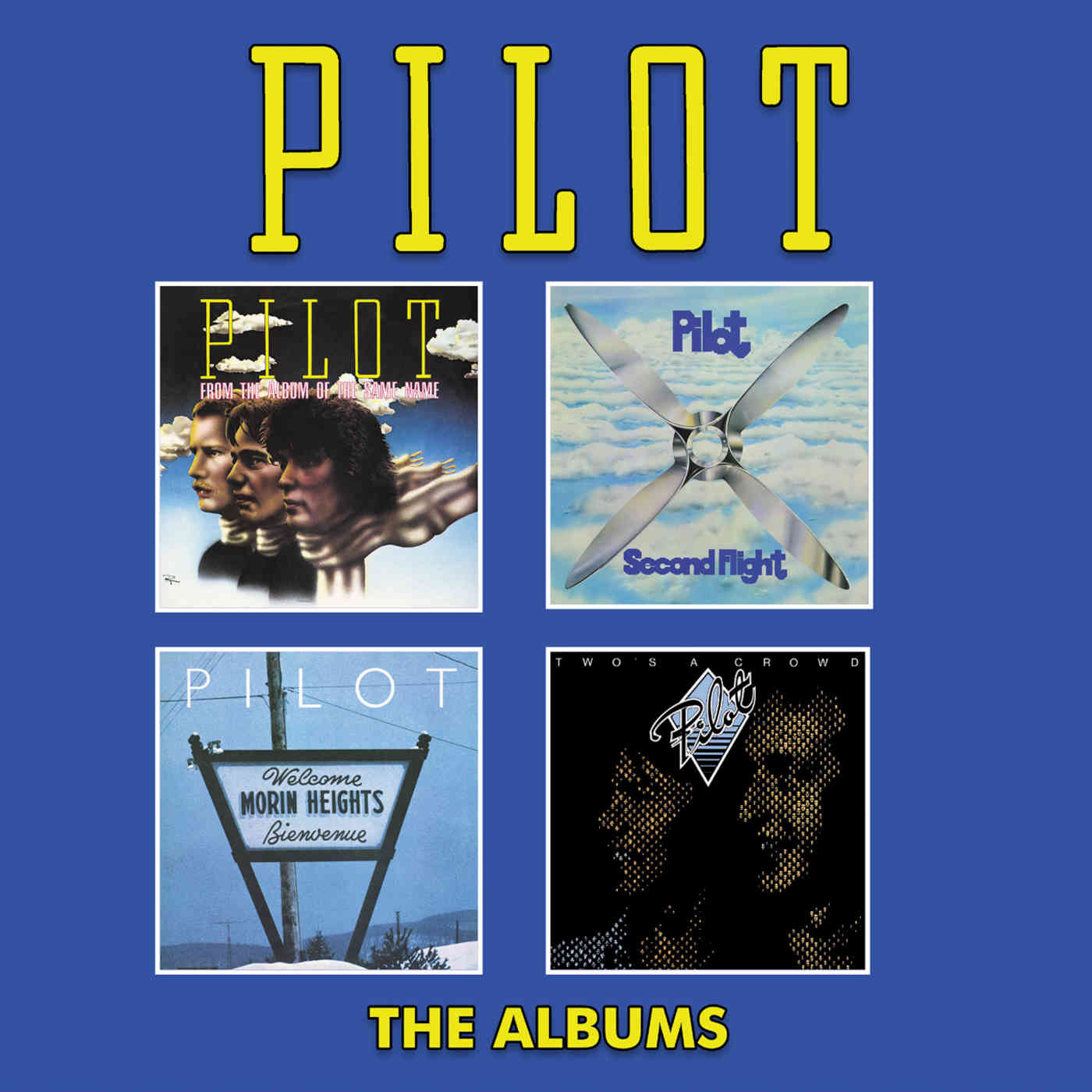 This forthcoming 56 track 4 CD clamshell box set features all of the albums released by Pilot between 1974 and 1977.

Disc 1 is the debut, “From The Album Of The Same Name”, which features the hit single ‘Magic’, a UK # 11, it also hit # 5 in the USA and # 1 in Canada, and has been featured in films such as 'Herbie : Fully Loaded', 'Happy Gilmore' and 'Magic Roundabout'. 3 bonus cuts have been added, including the ultra rare ‘Ra Ta Ta’ single recorded under the name Scotch Mist.

Disc 2 is the UK # 48 hit album “Second Flight”. This features the international hit single ‘January’, a UK # 1, it also topped the charts in Australia, made # 21 in Germany and the Top 100 in the US. The song has also been regularly used in TV adverts for the Asda superstore. One of the bonus tracks is the UK # 31 hit single ‘Just A Smile’.

Disc 3 is 1976’s “Morin Heights” album which includes the singles ‘Canada’, ‘Running Water’ and ‘Penny In My Pocket’. Amongst the bonus tracks are rare solo 45’s from members Billy Lyall and David Paton.

Disc 4 is 1977’s “Two’s A Crowd” album, previously only available on CD in Japan. Includes the singles ‘Ten Feet Tall’, ‘Monday Tuesday’ and ‘Get Up And Go’.

The booklet includes detailed liner notes by ‘History Of Rock’ editor Michael Heatley, in a new interview with lead vocalist David Paton, plus picture sleeves from around the globe.