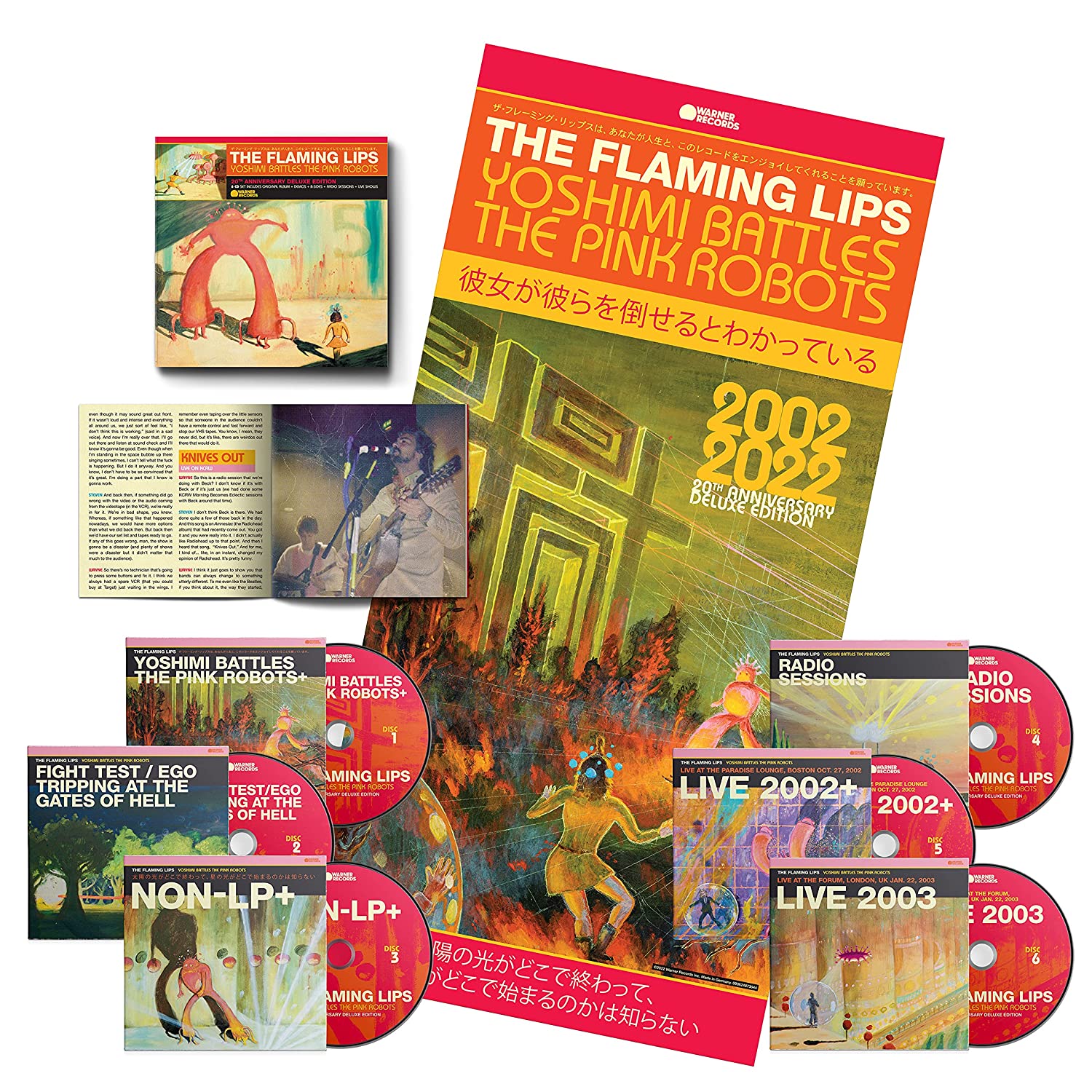 The Flaming Lips’ 2002 album "Yoshimi Battles The Pink Robots" is to be reissued as 6 CD and 5 LP 20th anniversary box sets, with both featuring demos, b sides, radio sessions and more.

The U.S. band’s 10th studio outing was their 1st since 1999’s breakthrough album "The Soft Bulletin" and reached # 13 in the UK album chart. It earned widespread critical acclaim for its electronic creativity and meshing of ideas and styles.

There’s an impressive 100 tracks on the CD deluxe edition which, refreshingly, is well priced and doesn’t contain any vinyl records. Half of those tracks are previously unreleased. Content includes the 2 EP's issued at the time of the album and a pair of live concerts from Boston in 2002 and London in 2003. The 5.1 surround mix, originally on the DVD-A does not feature.

Inevitably, the 5 LP vinyl edition can’t match the content of the CD set. It offers 56 tracks in total, with 30 previously unreleased and the label claiming 40 on vinyl for the very 1st time. Vinyl fans also have to wait, since the vinyl box isn’t released until April, whereas the CD set is coming soon.