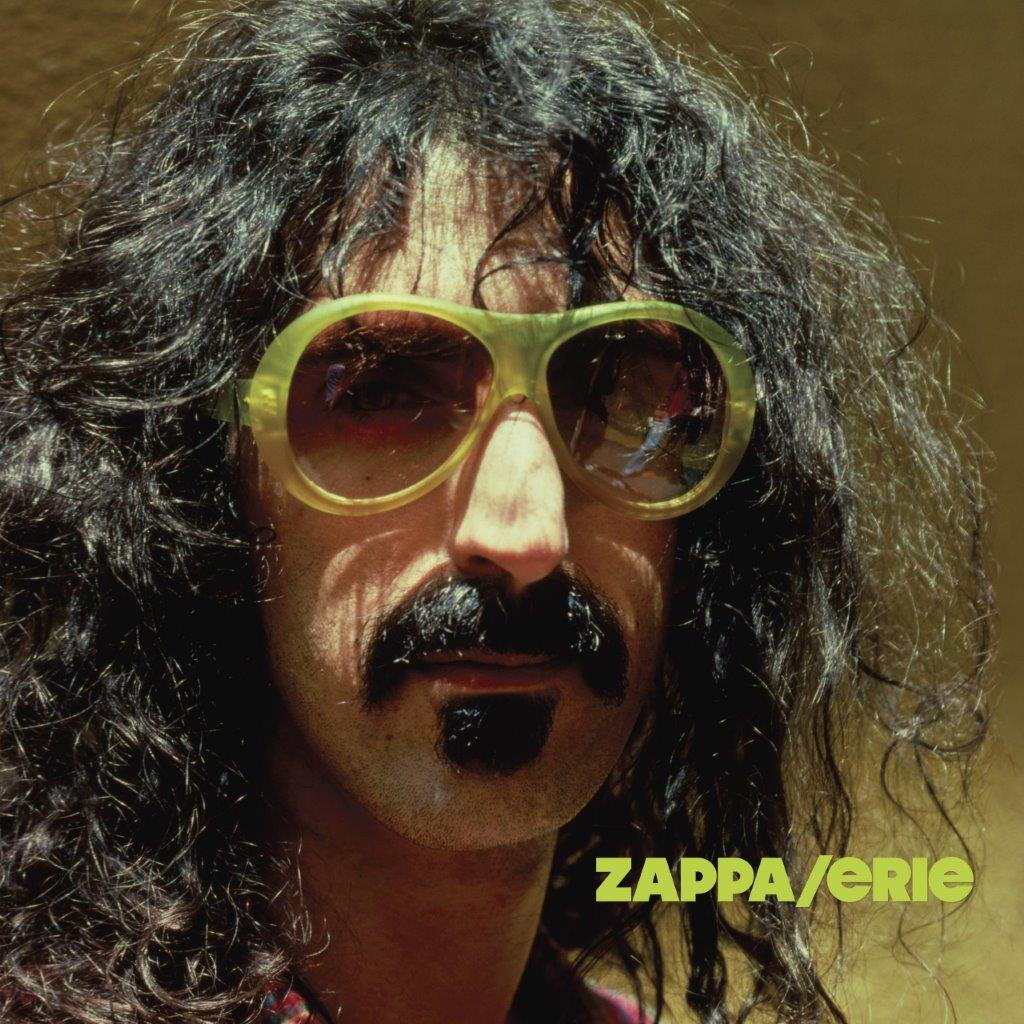 On June 3rd, 2022, Zappa Records and Universal Music are taking a journey to "Elsewhere". Frank Zappa's 1974 live album "Roxy And Elsewhere" primarily featured performances from Hollywood's Roxy Theatre recorded in December 1973. The "Elsewhere" in the album's title referred to "Son Of Orange County" and "More Trouble Every Day", both of which were captured in May 1974 at Edinboro State College in Edinboro, PA, with parts of "Son Of Orange County" drawn from a Chicago show. Now, the entire Edinboro show will be issued for the 1st time as part of the new box set "Zappa/Erie".

The 6 CD, 71 track box, also available digitally, features 3 shows from the Erie area, including Edinboro, some 18 miles outside of Erie, plus a handful of bonus tracks from other locales including Toledo, Ohio; South Bend, Indiana, and most far flung, Montreal, Canada. The set boasts over 7 hours of music, of which only 10 minutes has ever been officially released.

The May 1974 Edinboro concert sampled on "Roxy" was part of a month long run of shows marking the 10th anniversary of The Mothers as well as the recent release of "Apostrophe (')". Zappa was joined by a band including Bruce Fowler on trombone and vocals, Chester Thompson on drums and percussion, Don Preston on synthesizer, George Duke on keyboards, synthesizer, and vocals, Jeff Simmons on guitar and vocals, Napoleon Murphy Brock on tenor sax, flute and lead vocals, Ralph Humphrey on drums, Tom Fowler on bass, and Walt Fowler on trumpet. Zappa reinvented songs from the Mothers' early albums and the set also included "Apostrophe's" "Cosmik Debris" and a number of compositions that hadn't yet appeared on a Zappa record. This show is presented on the 1st 2 CD's of the new box.

Zappa returned to the area in November, this time at Gannon University with a smaller band featuring Thompson, Duke, Brock, Fowler, and the recently returned Ruth Underwood on percussion. The setlist was considerably different this time around, with highlights including "Apostrophe's" "Don't Eat The Yellow Snow" and "Stink Foot", the unique live arrangement of "Over-Nite Sensation's" "Dinah Moe Humm", and selections from "Uncle Meat". This concert, included on CD's 3 and 4, was notable for a raucous audience, the tapes preserve how Zappa dealt with the disruptive crowd. 2 bonus tracks have been added to CD 3, performances of "Montana" and "Get Down" from South Bend, Indiana, in 1974.

2 years passed before Zappa returned to Erie for what was the 3rd and final time. This time, he played a large arena, the Erie County Fieldhouse, with a completely new band consisting of Eddie Jobson on keyboards and violin, Patrick O'Hearn on bass and vocals, Ray White on guitar and vocals, Terry Bozzio on drums and vocals, and Lady Bianca on keyboards and vocals. The blues singer and musician would leave Zappa's organization one week later, having spent just a month on the road, due to discomfort both with the material and the audience behavior. A blizzard kept the band's lighting and sound systems from arriving at the venue, leading them to play with rented equipment, but this didn't deter Zappa from giving his all on the set which drew heavily from "Apostrophe", "Over-Nite Sensation", and his then newest release, "Zoot Allures". One bonus track has been added, a performance of "Black Napkins" from the next evening's Toledo show. The song was selected to demonstrate the fluidity of the band's interpretations from night to night.

"Zappa/Erie" has been produced by Ahmet Zappa and Joe Travers. The booklet contains rare photos and memorabilia, as well as new liner notes about the shows and recordings, including an essay from Erie, PA, journalist Dan Schell. The box holds special meaning for Travers, whose hometown is Erie. He states in the press release, as excerpted from his liner notes, "when the covid 19 pandemic hit in 2020, I found myself, like so many others, with a lot of extra time on my hands. Because of this, I threw myself even more deeply into archiving the fabulous vault of Frank Zappa. During this time, it dawned on me that in all my years being the Vaultmeister for Zappa, I had never prioritized documenting the concerts FZ played in my hometown of Erie, Pa". Among the booklet's treasures is an autographed polaroid of Zappa that Travers' mother purchased for him at a local garage sale in the 1990's. In working on this release, Travers determined that it was most likely taken at the Erie County Fieldhouse show.

The audio for the set was professionally recorded on 4 track tape by Zappa's team of engineers Bill Hennigh, Brian Krokus, Davey Moire and Claus Weideman, and newly mixed from the original tapes by Craig Parker Adams and mastered by John Polito at Audio Mechanics.