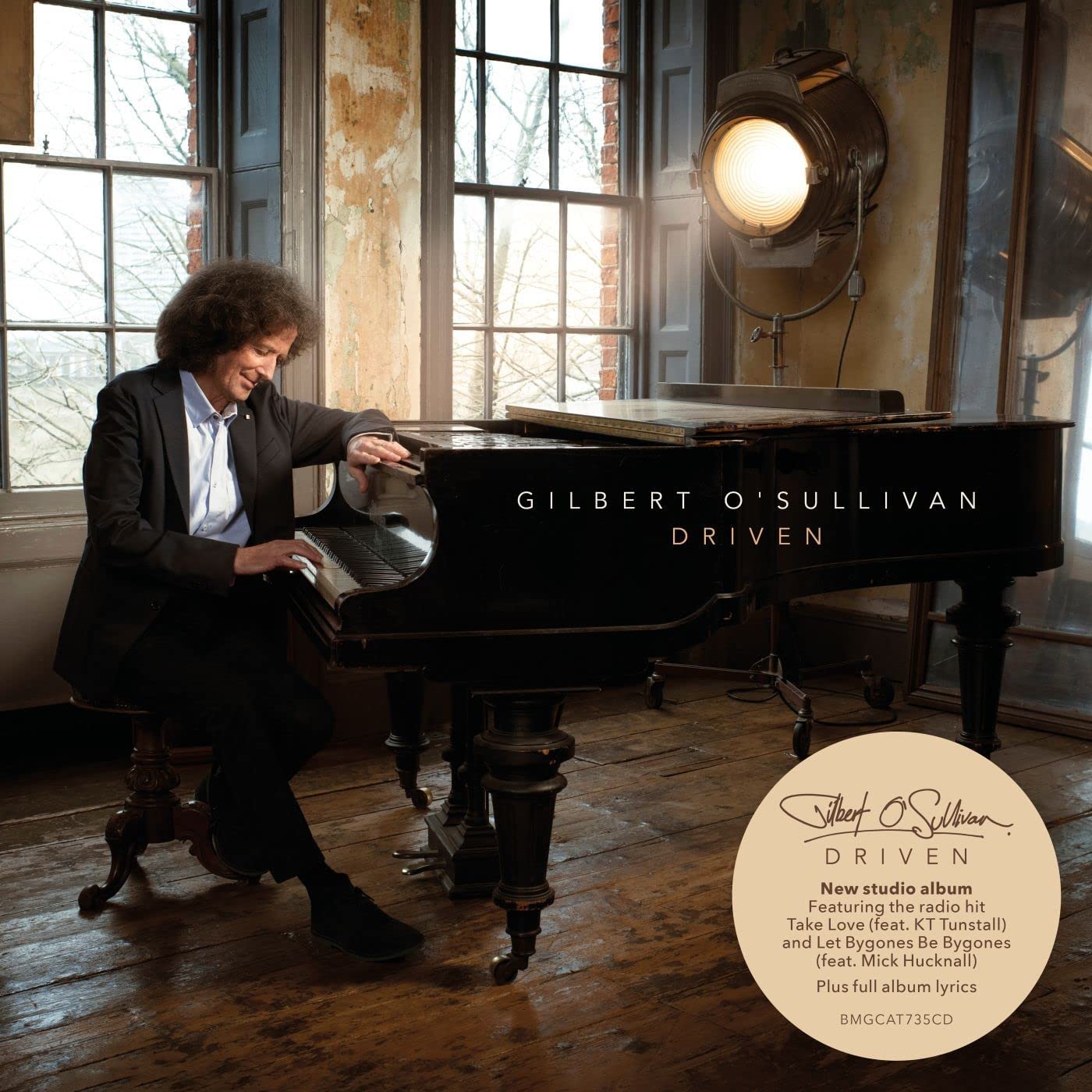 Gilbert O’Sullivan, one of the greatest singer songwriters of his generation will return in 2022 with his new studio album, "Driven", following the release of his Ethan Johns produced, self titled 2018 album which was awarded 4 stars in Mojo and Q Magazine, as well as rave notices in Uncut and the Sunday Times.

Gilbert O'Sullivans’s 20th studio album finds him working with a new producer, the revered Andy Wright (Simple Minds, Simply Red, Eurythmics, Jeff Beck) recording with a full band at London’s famous RAK Studios. The direction of the album is an organic and raw affair, featuring a mix of ballads, as well as upbeat songs, all written by an inimitable master craftsman. In a unique addition to this new album, Gilbert O’Sullivan has collaborated on duets with Mick Hucknall and KT Tunstall.