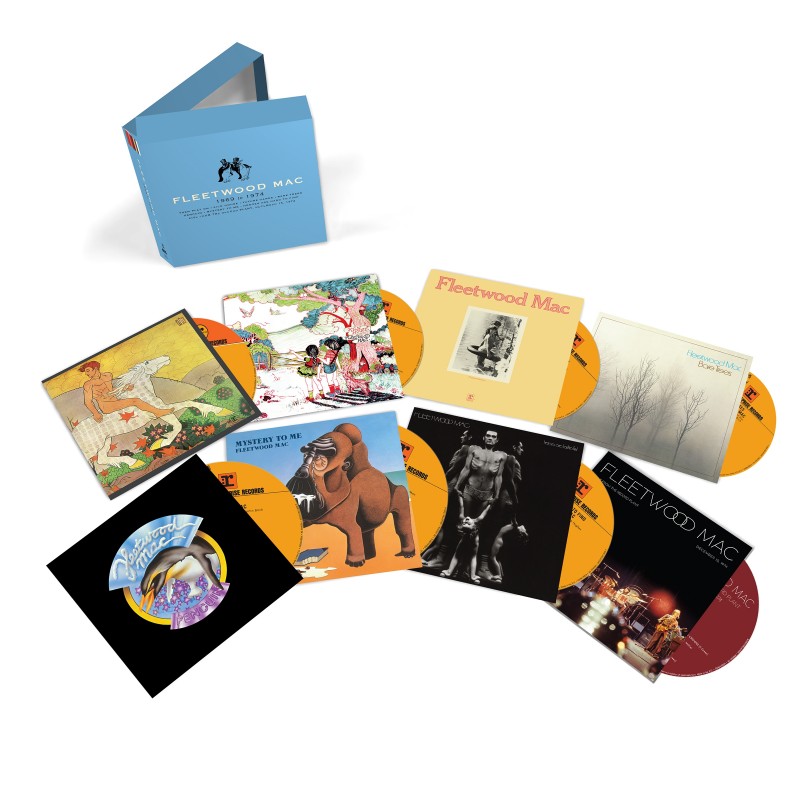 Fleetwood Mac will release a massive box set documenting the band’s early years, out September 4th, 2020, on Rhino Records. "Fleetwood Mac 1969 - 1974" will consist of 8 CD's, beginning with their 3rd album, 1969’s "Then Play On". The lineup shifted quite a bit in these years, most notably when founding guitarist Peter Green left in 1970.

The 8th CD in the set, "Live From The Record Plant 12.15.74", was recorded shortly before Stevie Nicks and Lindsey Buckingham joined the band. The band would return to the Sausalito, CA, recording studio 2 years later to record "Rumours".

Rhino Records will also release a 4 LP vinyl edition of the box set, which consists of "Penguin", "Mystery To Me", "Heroes Are Hard To Find", and the live album. Pressed on 180 gram vinyl, the set also includes a 7" single of “For Your Love” and the previously unreleased “Good Things (Come To Those Who Wait)”.