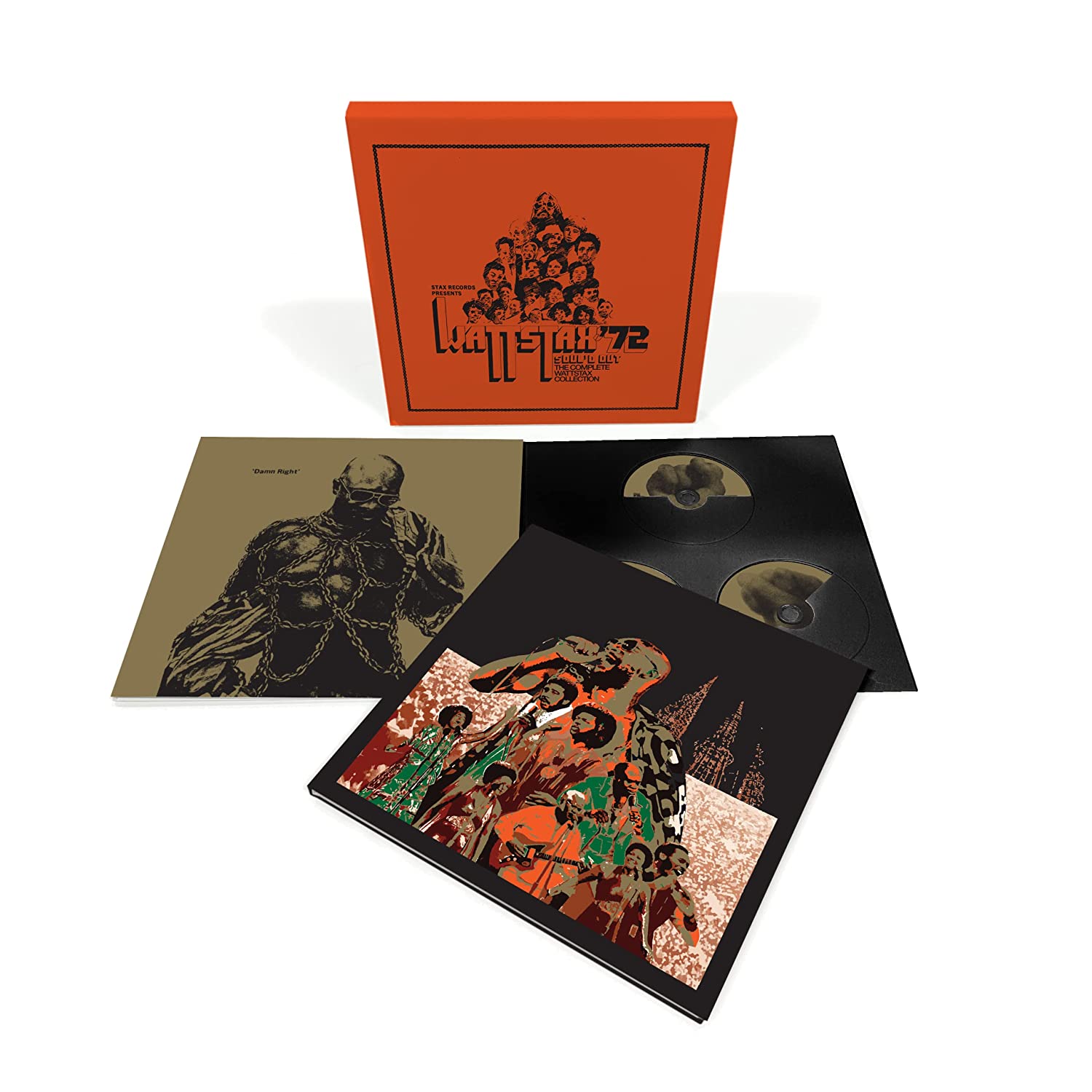 One of the greatest music festivals of the 70's is getting celebrated with an exhaustive array of reissues in 2023. Wattstax, the multi dimensional Los Angeles celebration of soul, funk, blues and gospel courtesy of Stax Records.

A half century after the premiere of a Golden Globe nominated documentary on the star studded 1972 event, Craft Recordings, custodian of the Stax catalogue, will release the most definitive looks at Wattstax, most recently addressed in a 3 CD box set in 2003 that took the highlights of both double albums from 1973 and added even more material. "Soul'd Out : The Complete Wattstax Collection", expands on that mightily. 12 CDs, including the complete concert on 6 CDs, 4 soulful engagements, also recorded for the documentary, at Los Angeles' Summit Club in the weeks that followed, and a handful of studio recordings and other ephemera that were also included on original releases. A total of 31 tracks have never been released; even between set speeches and introductions are retained. The set comes with a full color 76-page book featuring a new introduction from Al Bell, the festival's organizer and the then-president of Stax, as well as new essays from Rob Bowman and A Scott Galloway.

Several smaller sets will be released alongside "Soul'd Out" on February 24th, 2023. "Wattstax : The Complete Concert" offers half of the big box's audio content, just the concert, alongside the same book of notes on 6 CD's or 10 LP's. A new single CD distillation, "The Best Of Wattstax", will capture the magic in compact form, and the original 1973 double albums chronicling the concert and documentary as they were released, will also be newly remastered and repressed on vinyl.

Long before Ahmir "Questlove" Thompson's Oscar winning documentary "Summer Of Soul" excavated the Harlem Cultural Festival of 1969, the idea of a 'Black Woodstock' might have best been associated with 1972's 'Wattstax', a massive festival organized by the Memphis soul label on August 20th, 1972, in recognition of the Watts neighborhood in Los Angeles. 7 years prior, the working class black neighborhood was shattered by abusive police action that in turn inspired members of the community to protest, leading to National Guard intervention and 34 deaths.

The label's director on the west coast, Forrest Hamilton, lived in the neighborhood, and saw a burgeoning opportunity around an annual summer festival that sprung up every August afterward. Stax president Al Bell loved the idea, and persuaded the city to let them hold it in an even larger arena. The Los Angeles Memorial Coliseum. Though city officials were unconvinced that a seemingly smaller label on the other side of the country could fill what was then the home of the NFL's Los Angeles Rams, every ticket, sold for $1 and guaranteeing a seat, was booked.

And the assembled crowd, and a canny documentary team, got an incredible day's worth of entertainment: performances by Motown alumna Kim Weston, gospel and crossover pop group The Staple Singers, appearances by soul survivors like William Bell and Eddie Floyd, David Porter, The Bar Kays, Carla Thomas, Rufus Thomas, presiding over the crowd when the audience memorably spilled from the stands to the grass of the football field and had to be coaxed back, and a closing set by the legendary Isaac Hayes, 30 years old that day and fresh off his Oscar win for the funky score to 'Shaft'. Orchestra leader Dale Warren kept the music going, and political activist Reverend Jesse Jackson introduced several acts as well as delivering a memorable call and response speech to the crowd.

In February 1973, the Wattstax documentary premiered in theaters, it was quickly edited before its national release, replacing 2 of Watts' Shaft songs with a newly recorded performance of a new single, "Rolling Down A Mountainside", to avoid conflicts with 'Shaft' distributor MGM. There was more footage shot in the wake of the concert that made it into the final film, as well, several performances were recorded at Los Angeles' Summit Club, including sets by Johnnie Taylor and The Emotions. Stand up segments by Richard Pryor were also included in the final cut. All of this formed the basis for 2 double albums the label would release, and the documentary would not only take home a Golden Globe nomination, but also be added into the Library of Congress' National Film Registry in 2020.

All these funky reissues hit stores on February 24th, 2023.