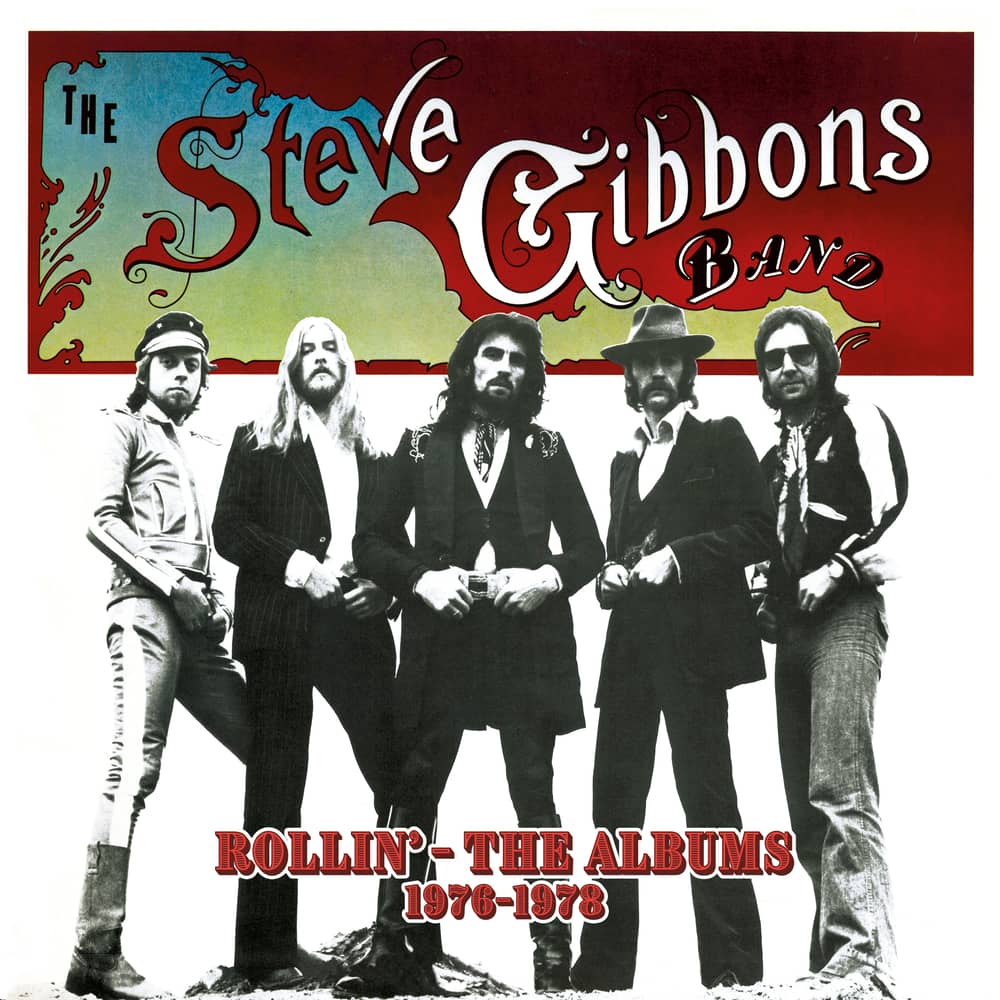 Esoteric Recordings is pleased to announce the release of "Rollin’", a new box set featuring all of the albums recorded by The Steve Gibbons Band released between 1976 and 1978. This legendary rock band was formed in the mid 70's and comprised some of the finest musicians on the Birmingham rock scene.

Steve Gibbons had been a figure on the Birmingham scene since the early 60's and had been a frontman of the group The Uglys until they disbanded in late 1968. In 1969 Gibbons founded the group Balls with Trevor Burton and Denny Laine, but that group fell apart within 14 months, before Gibbons to join the last incarnation of The Idle Race in 1971. This line up, which also featured Dave Carroll and Bob Wilson on guitars, and Bob Lamb on drums, eventually evolved into The Steve Gibbons Band with the arrival of Trevor Burton on bass and vocals. Burton had been a member of The Move until 1969 and was a member of the group Balls. With this line up in place, the band perfected their hard, driving blend of rhythm'n'blues and rock, touring the pub and club circuit in Britain. In 1975 they were spotted by Peter Meaden, The Who’s 1st manager, and were soon signed to The Who’s management stable.

Their 1st album, "Any Road Up", featured a guest appearance from John Entwistle and was issued in 1976. The same year the band supported The Who on tour and also toured the USA, supporting acts such as Little Feat, Lynyrd Skynyrd and Nils Lofgren. In 1977 the band supported Be Bop Deluxe on their UK tour and recorded the album "Rollin’ On", which featured the hit single "Tulane". Later that year the live album "Caught In The Act" was released and sold well in Europe. This was followed in 1978 with another studio album, "Down In The Bunker", produced by Tony Visconti.