A Dog On A Chain? 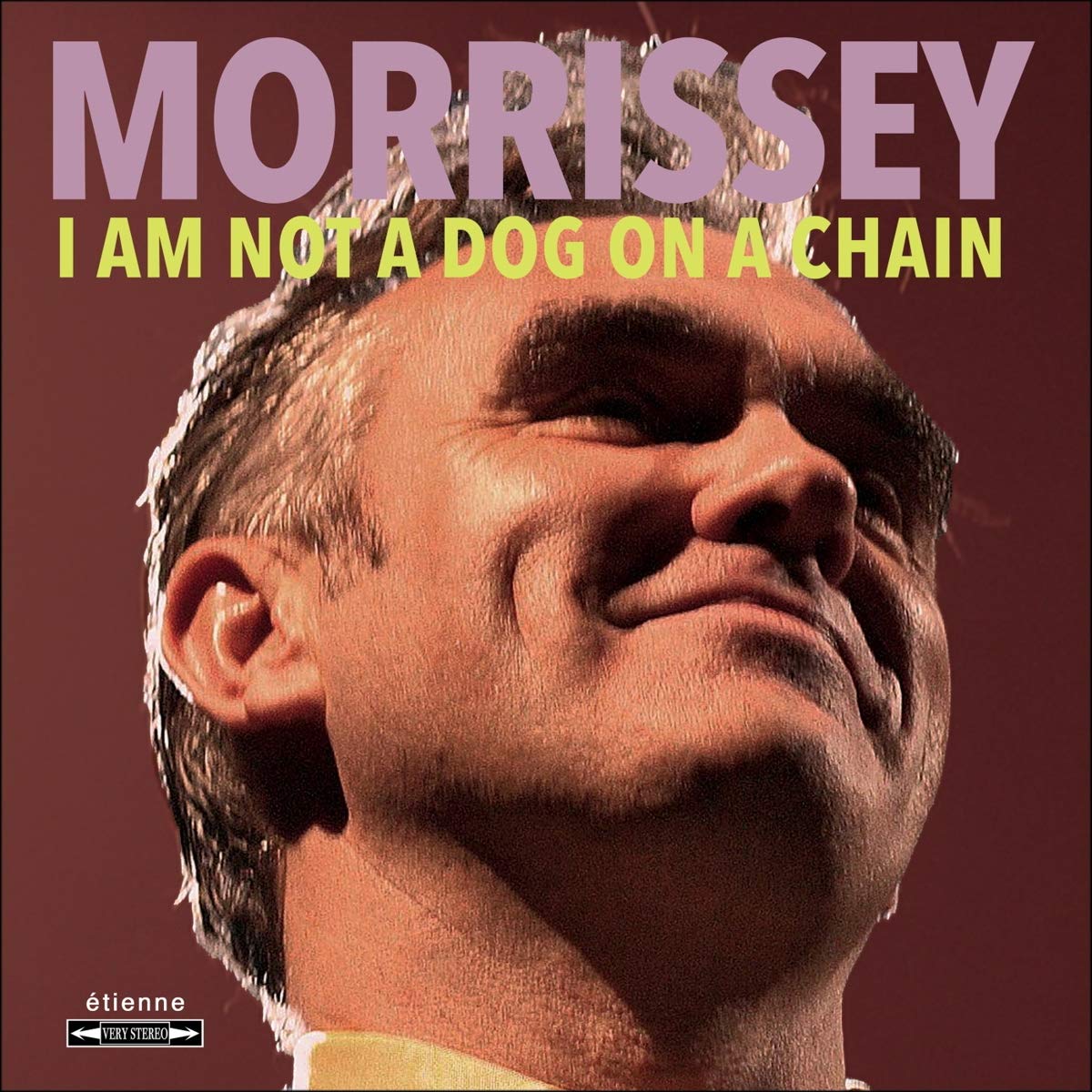 Morrissey has announced a new album titled "I Am Not A Dog On A Chain", the former Smiths singer’s 1st album of new material since 2017.

The singer 1st revealed the new album through his Morrissey Central fansite in November, with Morrissey adding of his upcoming album, “the very best of me, too good to be true, too true to be considered good”. Morrissey formally confirmed the album’s release Friday.

“One of the biggest joys for me in this business is getting the opportunity to collaborate with other top artists”, Houston said of the collaboration in a statement. “I love the challenge to see if what I do can work with what they’re doing. Sometimes it works, and sometimes it doesn’t. I think the blend of what Morrissey is singing and what I’m singing really works on ‘Bobby’. And it was a lot of fun working in the studio too!”.

"I Am Not A Dog On A Chain", out March 20th, 2020, via BMG, marks Morrissey’s 1st album of original music since 2017’s "Low In High School", the controversial singer also released his all star covers album "California Son" in 2019.

In addition to the title track, the new album features very Morrissey song titles like “Darling, I Hug A Pillow”, “What Kind Of People Live In These Houses?”, and “My Hurling Days Are Done”.

As Morrissey Central notes, "I Am Not A Dog On A Chain will fulfill Morrissey’s record contract with BMG, who plan to reissue a handful of the singer’s LPs in 2020, including "Southpaw Grammar", "Maladjusted", "You Are The Quarry", "Ringleader Of The Tormentors", "Years Of Refusal" and "Live At The Hollywood Bowl".