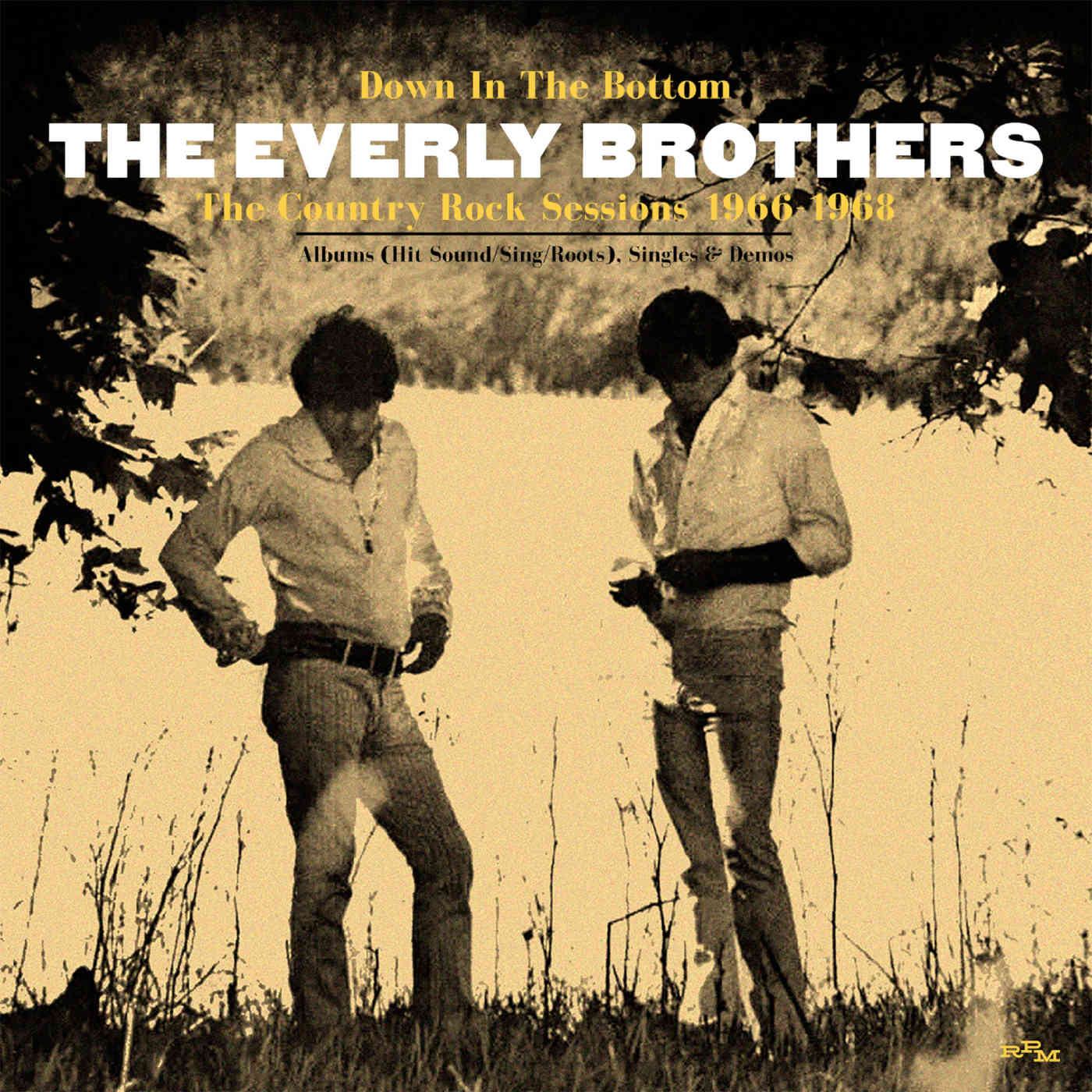 In 2014 The Everly Brothers’ legacy was saluted at the Americana Music Association show, held at The Troubador in Los Angeles. The artists in the show, including Bonnie Raitt, Ry Cooder, Rodney Crowell, T Bone Burnett, Joe Henry, Peter Asher, Rhiannon Giddens, Jim Lauderdale, Dawes, Milk Carton Kids, used The Everly Brothers music as its musical anchor. With the current widespread rise in popularity of americana music as a genre, now seems a good time to re-appraise and re-establish one of the first true country rock albums, the 1968 Everly Brothers album "Roots". This box set presents the build up story to this landmark album.

With an americana music pedigree born of their Appalachia roots The Everly Brothers ably crossed over from the pop charts to the country music charts during their hit making heyday. During the mid 60's however they suffered a lean spell for commercial success all the while trying to update their sound. RPM Records focuses on the following period from November 1966 to November 1968, when the Everlys recorded mostly in Los Angeles rather than Nashville with the duo searching for a musical direction. Eventually achieving a musical cohesiveness with the release of "Roots".

Disc 1 presents the ‘The Hit Sound’ album, recorded from December 1966 onwards, with contemporary rock’n’roll and pop covered in Everlys harmony style updated with the cream of the LA session crew, including Glen Campbell, Larry Knechtel, Ray Pohlman and Hal Blaine. The bonus tracks are "Even If I Hold It In My Hand" recorded right at the end of the album sessions, "Nothing But The Best" and "Little Bit Of Crazy" just before the album sessions, and the happy whistling stripped back demo of "Bowling Green". All lay unreleased until the late 1990's.

Disc 2 presents the "Sing" album, the Everlys and their label Warner’s response to the prevailing ‘youthquake’ band sound straddling the transatlantic. Same month in1967 Warner released albums by The Beau Brummels, Electric Prunes, Jimi Hendrix in the US. On the album are songs by The Buckinghams, Patrick Campbell Lyons, Procol Harum. The bonus tracks include a fresh new mix of the 1967 session track "My Elusive Dreams" taken from a new 4 track tape transfer, "You’re Just What I Was Looking For Today" unissued until 1980, again backed by The Wrecking Crew. It concludes with a portent of what was to come with the first sessions from 1968 and the introduction of producer Lenny Waronker, fresh from Reprise. With him comes songs by Ron Elliott from The Beau Brummels, whose album had been produced by Waronker.

Disc 3 presents the actual "Roots" album, pieced together from the LA sessions at studios like Goldstar, conducted by Lenny Waronker during April to September 1968, again with the Wrecking Crew aided by Van Dyke Parks and James Burton. The Everlys took the chance to pay homage to their country roots with songs by contemporary country writers Merle Haggard, Glen Campbell, George Jones, as well as more from their own pen. In addition amongst the bonus tracks here, from the November 1968 sessions held after "Roots", are Neil Young’s "Mr Soul" and Dolly Parton’s "In The Good Old Days". Unreleased for 40 years. 2 more songs from Ron Elliott and one from Randy Newman are on "Roots". Waronker had produced Newman in pre-Harpers Bizarre band The Tikis, and with Van Dyke Parks the subsequent solo album by Newman.

It all made for a tight knit group of friends and acquaintances all more than well aware of the burgeoning American country-rock scene in California. RPM Records today, March 27th, 2020.