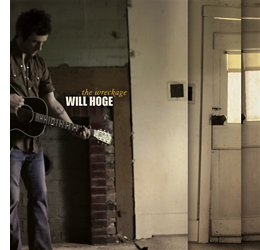 On January 26, 2010, venerated songwriter Will Hoge steps to the fore with 'The Wreckage,' (Rykodisc/ADA), his most impassioned album of rugged and powerful rock and roll to date. The new album, Hoge's first since 2007's acclaimed 'Draw the Curtains,' features eleven new songs of heartfelt choruses and raw, emotive power that curse life's wrong turns and celebrate its triumphs.

Routinely performing 200 + dates per year, Hoge was temporarily sidelined by a serious traffic accident in 2008 on his way home from a recording session. After spending several months recuperating, he completed the album and recently returned to the stage with a string of sold out hometown shows in Nashville.

Will Hoge will return to Europe in January 2010 for a number of live dates to promote the album.

Find Will Hoge on social media