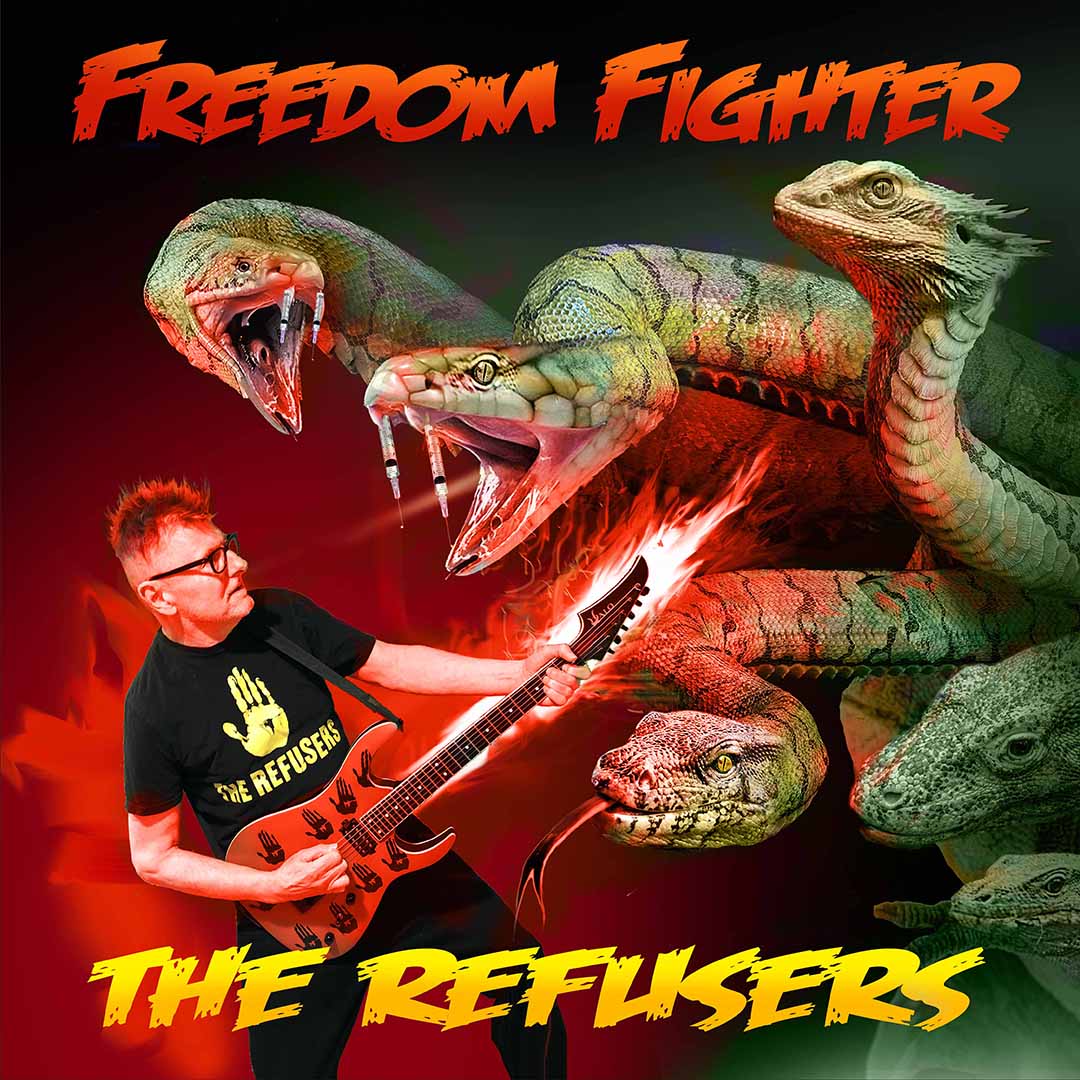 You can’t say Michael Belkin and his wildly defiant powerhouse band The Refusers didn’t warn us. From calling BS on our institutional status quo on "Wake Up America" (2016) through the even more incendiary "Disobey" (2018), no indie rocker has spoken more incisive truth to power during this corrupt and politically divisive era. Maybe our collective complacency allowed us to take those messages with a grain of salt the last few years, but in this shitstorm of 2020, that’s no longer an option. Perhaps our fear, anxiety and vulnerability in the wake of COVID-19, and the George Floyd murder protests, will wake us up so we can hear Belkin and the boys as they meet the moment head on with their latest brainwave blast "Freedom Fighter".

With its infectious rollicking groove, anthem like incantation, “writing on the wall, love is gonna shine" and beautiful spiritual words lifted straight from “2 Corinthians”, the collection’s lead single “Love Never Fails” lets us know Belkin is an optimist at heart.

But the core of "Freedom Fighter" finds him and The Refusers, including longtime member Christone Kingfish Ingram, keyboardist Eric Robert and Grammy winning drummer Brendan Hill, engaging in fiery takedowns of the government and its entrenched systems. Aligning with those battling those institutional forces, he speaks for the little guys, and gals, fighting racism, police brutality, a broken healthcare system, big pharma, propaganda, the lies of the mainstream media designed to keep the sheep grazing blindly.

Having penned most of these tunes pre-coronavirus, there’s no way Belkin could have known what 2020 was about to unleash. But check out the lilting, reggae tinged “Truth Is Treason” and see how prescient he was on multiple levels, “if you get in bed with government, you must expect the diseases it spreads, the US was born in protest and mistrust of government, submissive societies have rocks in their heads”. This verse rolls as one of the album’s many mission statements, and listeners need to hit every point along the rock and soul driven journey to ensure all of Belkin’s righteous anger and hopeful solutions sink in.

Another must hear is the feisty, propulsive “Clown Show”, a call to arms against the 'joke' of Wall Street and the government, “rock the boat, cut the ropes, stop living in a fishbowl, don’t be a dope, you reap what you sow, the answer’s hiding under your nose”.

Another tight fisted, rock and soul gem is “Shame On You”, which calls out the hypocrisy of those living in ivory towers who feign concern for the working poor, “you sold your soul for a pot of gold, now you’re rolling in the dough, but your love has grown cold, where did the good times go?”.

Belkin says, “in 2020 we see how fragile so-called prosperity is. Having worked on Wall Street, I was witness to the arrogance of the gold plated hedge fund crowd and there could be a comeuppance where the scales balance. During this recent time of economic prosperity, the attitudes of those rolling in the money went to hideous extremes. The challenge for me has always been to write songs that you want to hear over and over, with a message that penetrates and makes you think twice about who you trust. Musically, I’m just trying to keep rock alive, but with a modern twist”.

Find The Refusers on social media