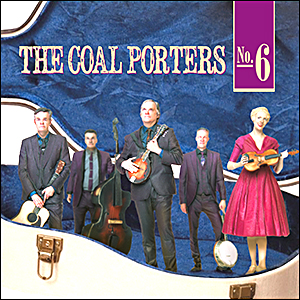 The Coal Porters started playing acoustic music around 2002 in London when ex-Long Ryder Sid Griffin decided to turn away from electric music. Since then, the band’s unique combination of folk, indie, bluegrass and celtic music has paved the way for a number of new acts in this new genre. In fact, the Coal Porters claim to be the world's first 'alt-bluegrass' act, given as they take old themes and melodies and soup them up for the 21st century and an expanded listening audience.

The band has demonstrated the power of fiddle, mandolin, banjo, acoustic guitar and doghouse bass when matched with sweet harmonies and strong melodies and taken this sound around the world. The Coal Porters have wowed audiences at numerous UK and European arts centers, done no less than 4 US tours and performed to tens of thousands at festivals such as Glastonbury, HebCelt, Stagecoach (USA), Larmer Tree, Didmarton, LaRoche (France), Cork Midsummer Fest (Eire), Wombwell, Down On The Farm (Norway) and Hultsfred (Sweden).

When Sid Griffin, one of the founders as a Long Ryder of both LA’s Paisley Underground scene and the Americana format we hear on radio today, is free from his duties as a broadcaster and a indie rock guru the Coal Porters grab their instruments and head to the studio or prepare for a tour. But who are the Coal Porters?

The Coal Porters are co-founder Neil Robert Herd from Scotland on guitar and vocals, Paul Fitzgerald on banjo and harmony vocals, Andrew Stafford on doghouse bass, and the classically trained Kerenza Peacock on fiddle and vocals. Herd is a songwriter of note, Paul Fitzgerald invented his own banjo technique copied by many in the UK, Andrew Stafford is music business litigation expert and fiddler Kerenza Peacock has recorded two hit classical CD's, recorded with Paul Weller, and is currently on tour in Adele’s band. This is an act with talent and a pedigree.

Their new album, "No. 6", is produced by John Wood, the legendary British folk rock mastermind who recorded the classic albums of Fairport Convention, Nick Drake, Beth Orton and Squeeze. "No. 6" is a bit of a departure for the Coal Porters, as it pushes their musical boundaries further than ever before.

The album features Kerenza quadruple tracking herself into a string quartet, Andrew on a ukulele, Sid’s trusty autoharp, both Neil and Paul on dobro, an acoustic 12-string guitar, and very emotional (and lengthy) trumpet solo by Cuba’s noted 'son y mambo' music virtuoso Eikel Venegas. There has never been music like this before. And already, the album’s opening track, Sid’s “The Day The Last Ramone Died”, is being hailed as a classic (and a much viewed video on youtube).