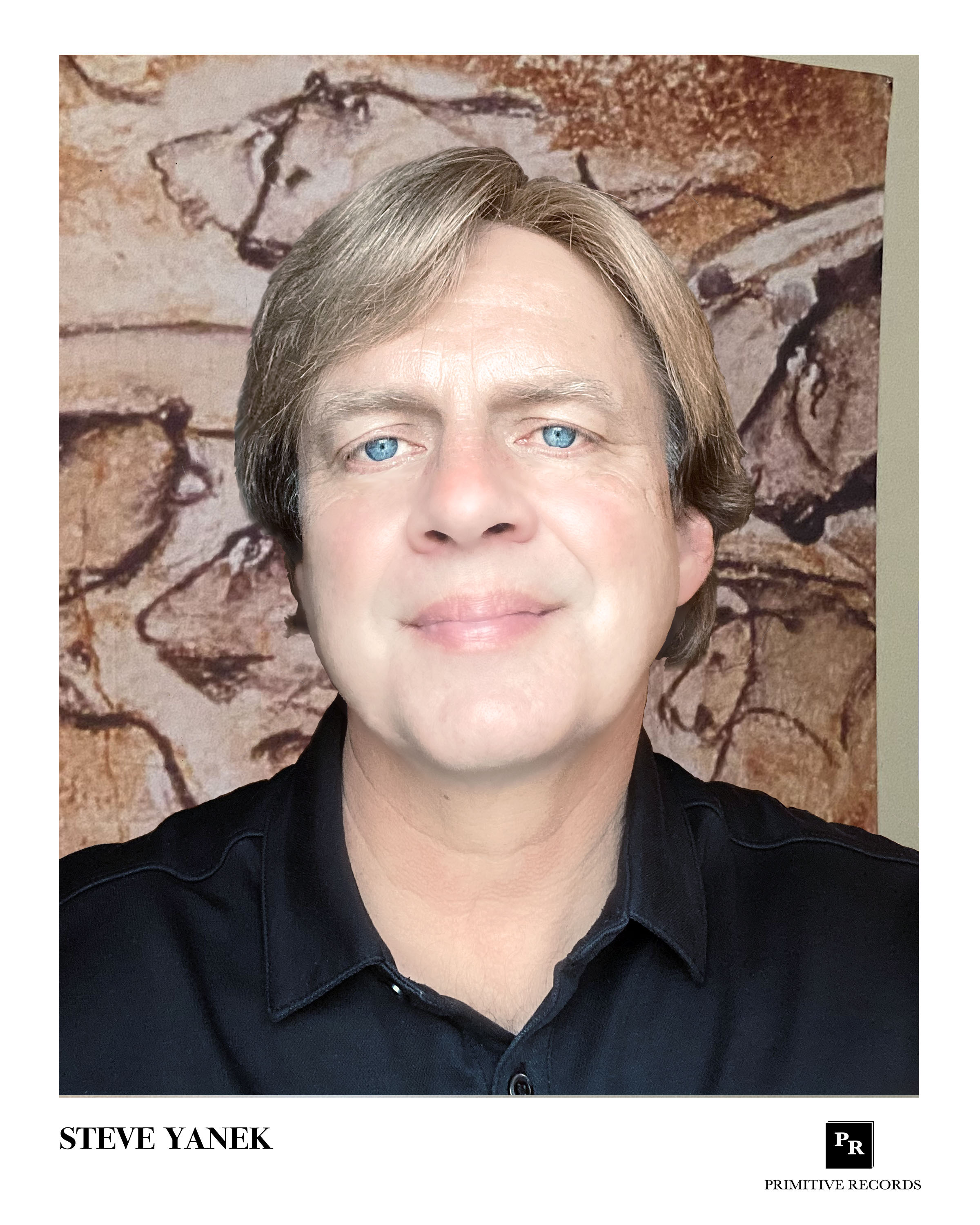 Sometimes even the most promising prospects can take time to reach fruition. For whatever the reason, the timing may be off, the opportunities limited, or all the elements simply aren’t in place to sustain a clear connection between past and present.

Steve Yanek knows that scenario all too well. His initial efforts to establish himself as a singer songwriter proved promising, but personal circumstances suggested otherwise. Although its title dictated otherwise, his first album, 2005’s "Across The Landscape", wasn’t destined to be the sweeping success its title suggested, even though it received critical acclaim and extensive airplay at Triple A stations throughout the U.S. Likewise, given the all star ensemble that contributed to his cause, guitarist Jeff Pevar, a longstanding member of David Crosby’s band, CPR, as well as the Crosby, Stills & Nash touring band, Dixie Dregs drummer Rod Morgenstein and the Dregs’ late keyboard player T Lavitz, as well as famed singer Leah Kunkel, it provided a promise that was only fulfilled later on once the album had its belated 2020 release in Europe.

An erstwhile entrepreneur, Steve realized a delay due to the start up of a successful business and the fractious nature of the music business. Not that it prevented him from moving ahead with ventures of his own. He started his own record label, Primitive Records, dabbled in management and helped advance the careers of some promising ensembles, all while tending to his ongoing songwriting, the setting up of a recording studio and putting together a band that would allow him to begin touring again.

Happily, Steve’s efforts have finally paid off. A new album, aptly titled "Long Overdue" is due for release on August 5th, 2022. It finds Steve as fully inspired as always and ready to renew his music career in a way that brings his ample melodic prowess firmly to the fore. The songs serve as a reminder of what the public has been missing all along and is a strong contender for album of the year. “I just got the itch to make music again”, Steve says in retrospect. “I had these tracks that Jeff and I had made with T Lavitz and Rod Morgenstein, and I realized that there was something substantial that still needed to be shared”.

Steve’s prolific prowess continues unabated, and while he has other music waiting in the wings, "Long Overdue" allows him opportunity to make his music prescient while building on that aforementioned success overseas. It’s an album flush with memorable melodies that make an instant impression, from the decidedly driven title track, the robust and riveting “Tired Of This Sorrow”, and the driving and determined “Like Now”, through to the earnest and engaging “All The Sorrow,” the moving and memorable “You Move Me”, and the country caress of “On Your Side”. “This is my attempt to make the best album I can at this time”, Steve reflects. “I’ve put these songs together because they all made me feel the same way as when they were written. They all mean something to me. I won’t spend the time it takes to record a song in the studio if they don’t have enough verve and veracity to make an immediate impact.

While each of these songs offer an instant connection, Steve offers his own insights while sharing the backstories that brought each of these offerings to fruition. “You Move Me” boasts special significance, given the fact that it created a bond with the man who would become somewhat of a mentor, T Lavitz, until his untimely death in 2010. “If I could only write one song, this would be it”, he says. “I fell in love with a woman who still loves me. The fact that it had its genesis with T on our initial sessions for 'Long Overdue' was especially significant to me. I’d been a fan of his since first hearing The Dixie Dregs, and he told me repeatedly that this song resonated with him. The vibe was right, and our collaboration just clicked. We became friends as a result”. “All The Sorrow” shares a similar sentiment. “It’s an apology from the heart to my wife”, Steve reflects. “I’m not an easy person to live with, and this was written during a difficult time for us, but it also allowed me to own up to my own responsibility within the relationship. Relationships ebb and flow. You break up and you make up. You hurt and you heal. Or, as the lyric suggests, 'It was never my intent to treat you unkind or make you feel the way you do. The time that I spent clearly out of my mind brought nothing but pain to you'.

Other songs express more universal sentiments. Steve describes “Tired Of This Attitude” as what it’s like 'sitting on the fulcrum of urban America’s socio-economic reality'. "Lives fall through the crack every day and the economic divide seems more profound than ever", he continues. “Compassion is something that seems to be lacking in today’s generation of over achievers. I know we can do better than we do”. Notably, Steve insists that the song is apolitical. “It’s about humanity”, he maintains.

So too, “Throw Me A Line” touches on similar sentiments. 'Living ain’t easy, life will take its toll', it suggests. 'Hang off that ledge only makes you old, everybody needs help sometimes”. Likewise, “Goodbye” shares a certain philosophy that dying is a part of life. “I believe that we live long after we die by the way we touch each other”, Steve reflects. “We all grieve for the loss of a friend or a loved one, but it is in fact part of the cycle of life. We all shine on”.

Not surprisingly then, these songs make an emphatic impression, but Steve’s also quick to credit the A list musicians that helped bring it to fruition. He himself wrote the words and music, sang the songs and played acoustic and electric guitars and piano. Jeff Pevar is credited with acoustic, electric, resonator guitar, lap steel, bass, and backing vocals. Legendary drummer Kenny Aronoff played drums on 4 tracks, Little Feat’s Billy Payne played piano on 3, and Rod Morgenstein and T Lavitz reprise their roles on drums and keyboards, respectively. In addition, Dave Livolsi contributes bass on 3 songs, while Larry Kennedy, lead singer for The Jellybricks, a power pop outfit Steve once promoted through his record label, provides background vocals on 2 tracks as well.

The efforts reflect the kudos Steve’s received so far, courtesy of his earlier effort, "Across The Landscape". “The songwriting comes from an honest and authentic place and is set to the backdrop of a high end, well thought out production that suits Yanek’s vocal style”, UK’s respected americana journal Maverick Magazine declared. Sweden’s Blaskan described it as, “the best form of cosmic music, the branching of rock and country. A modern vision of Gram Parsons dream, The Band, and Merle Haggard in a musical marriage”. Denmark’s Blue Desert lauded its “combination of solid, inspired songwriting along with great musicians”, while calling it “an album of sound quality”.

The kudos didn’t end there. Belgium’s Rootsville opined that “Listening to his songs will give you a glimpse of a life that everyone can identify with in one way or another. Steve's lyrics are thought provoking and poignant, intertwined with love, despair, hope and self preservation as reflections on the human condition. Hopefully, this album will take you for a ride through that landscape”. Others lauded Steve with similar praise, describing him as, “a really good songwriter”, “a success”, and for “a beautiful blend”.

The praise is well deserved. Steve’s working class blue collar roots have long since prepared him to realize his ultimate ambition, that is, to follow his muse, pursue his passion and revisit the impetus that motivated him to make music early on. And he promises there’s more where it came from, providing the possibility that there will be any number of striking songs flush with unabashed emotion to arrive within the coming months.

So too, despite the few false starts he encountered early on, Steve never lost his interest, inspiration, or impetus, either emotionally or emphatically. It was borne from repeated performances at some of the west coast’s most fabled venues, the The Palomino Club, McCabe’s Guitar Shop and The Banjo Café, among them.

“My drive and desire to share new music has never waned”, he insists. “My drive and determination is as elevated as ever, and I have a backlog of new material I can’t wait to release to the world. I firmly believe that art is ageless, and talent is timeless. Everybody has a voice and for me, making music is a gift that doesn’t stop giving. I’ve never stopped in my quest for creativity, and given that attitude, I can only look forward towards the future".