Sons Of The Sea 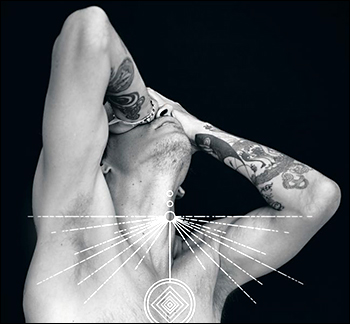 "Sons Of The Sea" is the quintessential Brandon Boyd record — an introspective, eclectic collection from the artist, author, activist, environmentalist and surfer that will tantalize longtime fans while further spotlighting his evolving interests. The acclaimed Incubus vocalist is stretching his formidable creative muscles with a daring new foray into solo music.

While Boyd’s inviting, empathetic voice is familiar to millions, "Sons Of The Sea", the self-titled album, infuses it in challenging new contexts. Produced by the renowned Brendan O’Brien (Incubus, Pearl Jam, Bruce Springsteen, Rage Against The Machine), the album luxuriates in innovative sonic backdrops, allowing what they coined as 'oddball pop' to flourish. For an artist like Boyd, the thrill and confusion of the quest to create will always trump the tangible, material rewards bestowed for his efforts.

Leadoff track “Jet Black Crow” flaunts what Boyd calls a 'stomping playfulness' that befits his dreamlike musing on infatuation’s ups and downs. And he is just as compelling in the record’s many departures, from the eerie, synth-driven obsession of “Lady Black”, to playing lothario in the seductive “Come Together”, contemplating his unique creative process in the piano-driven “Avalanche”, or paying tribute to Emily Dickinson’s perspective on an artist’s responsibility via “Untethered” — 'tell us the truth, but tell it to us gently, lest we all go blind'.

Boyd and O’Brien joined forces when Incubus went on hiatus following 2011’s "If Not Now, When?" 'After much toiling and overthinking about how I was to go about starting a new music project, I decided that the best way forward was to let go completely!' Boyd enthuses. 'Stop thinking about where, when, what, who and how, and simply… Go!'.

That ability to overcome doubt and give voice to complex thoughts applies to his visual art as well. Boyd’s third art book, "So The Echo", emerged this fall, following up acclaimed predecessors "White Fluffy Clouds" (2003) and "From The Murks Of The Sultry Abyss" (2007). A compendium of unobstructed watercolor, ink pieces and photographic spreads, "So The Echo" 'offers some of my most vulnerable observations yet, unedited and out on a limb. After all, the echo towards a life of expressivity is only as loud as the call!'.

'There is no end in creativity', Boyd concludes. 'Hence, to strive towards an end result is a fool’s errand. Set goals, make music and paint pictures, but know that the crux of your happiness balances delicately on the wings of the act of creativity itself. Not at the finish line'.

The album “Sons Of The Sea” is set to be released in Europe in February on Membran, including special acoustic versions of “Come Together” and “Lady Black”.