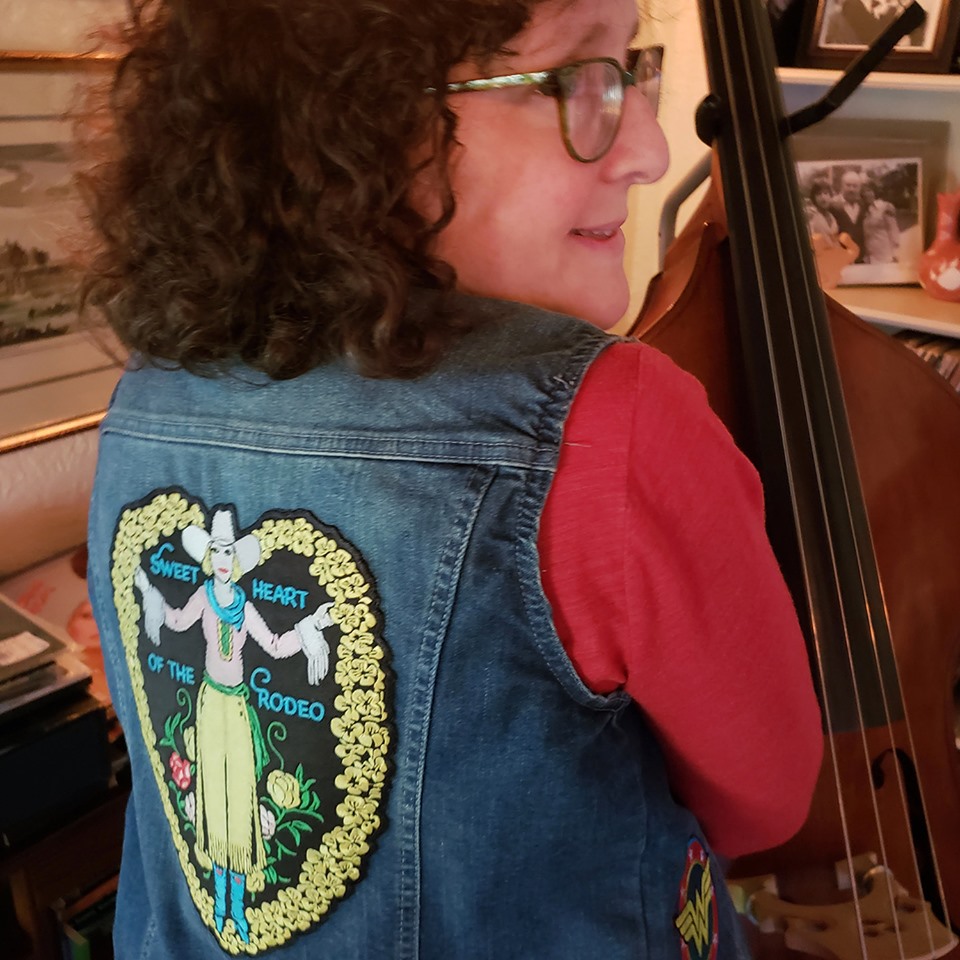 Rebecca Turner is a country and folk singer songwriter formerly of New York City and Los Angeles, now residing in Maplewood, NJ. 1st influenced by 70's FM radio and 80's era record stores, her musical allegiances have ranged over the years from Emmylou Harris to Liz Phair, from Doris Day to Tom Petty, from Goldfrapp to the Go Gos.

Rebecca performs sometimes with an electric band, more often with an acoustic based trio or quartet, and occasionally solo. She has made 2 well received albums, 1st, "Land Of My Baby" in 2005, then "Slowpokes" in 2009. Writing for a 3rd began almost immediately after "Slowpokes was" released. Then she was swept away by a dream like, sometimes uncomfortable, but always interesting sea of time and family and cats and work. Years passed, songs came and went, but she kept performing and writing.

Finally, a deadline of early 2020 was set for a new album. With her husband and bassist Scott Anthony, of Fond Farewells and Nu Sonics, she started recording in winter at their home based studio Storybook Sound with a solid cast of musical cohorts, such as the amazing Rich Feridun and the stellar Sim Cain, as well as her longtime, since college, not so secret weapon, harmony singer Sue Raffman.

The project became less like their last efforts, typical modern albums, with much labor and many takes, and more of an old school production with many stellar 1st takes and magical live ensemble moments. In March, they headed down to famed Ardent Studios in Memphis to add finishing touches and record 2 cover songs. They couldn’t be happier with the relaxed, eclectic, offbeat, but always true to the heart, results on "The New Wrong Way".

The title refers to the 13 songs’ frequent theme, getting older and attempting to do things better, but like all humans, sometimes succeeding and sometimes not, but always trying, because why not? Music itself is a constant theme, characters in the songs include DJ Vin Scelsa, Anita O’Day and the members of XTC.

Rebecca’s musical life doesn’t start and end with albums. For 10 years she’s hosted the Saturday Afternoon Song Swap, a songwriter’s performance series, with pal Deena Shoshkes. She and Scott also keep busy with Storybook, primarily a mastering studio and home to projects such as mastering albums by The Feelies, mixing a Richard Thompson documentary soundtrack, and remixing unreleased recordings by the David Gilmour produced UK band Unicorn. Thrilled with the amount of music going on in her home and radiating outwards across the Garden State, she has been known to say, “New Jersey is where it’s at”.