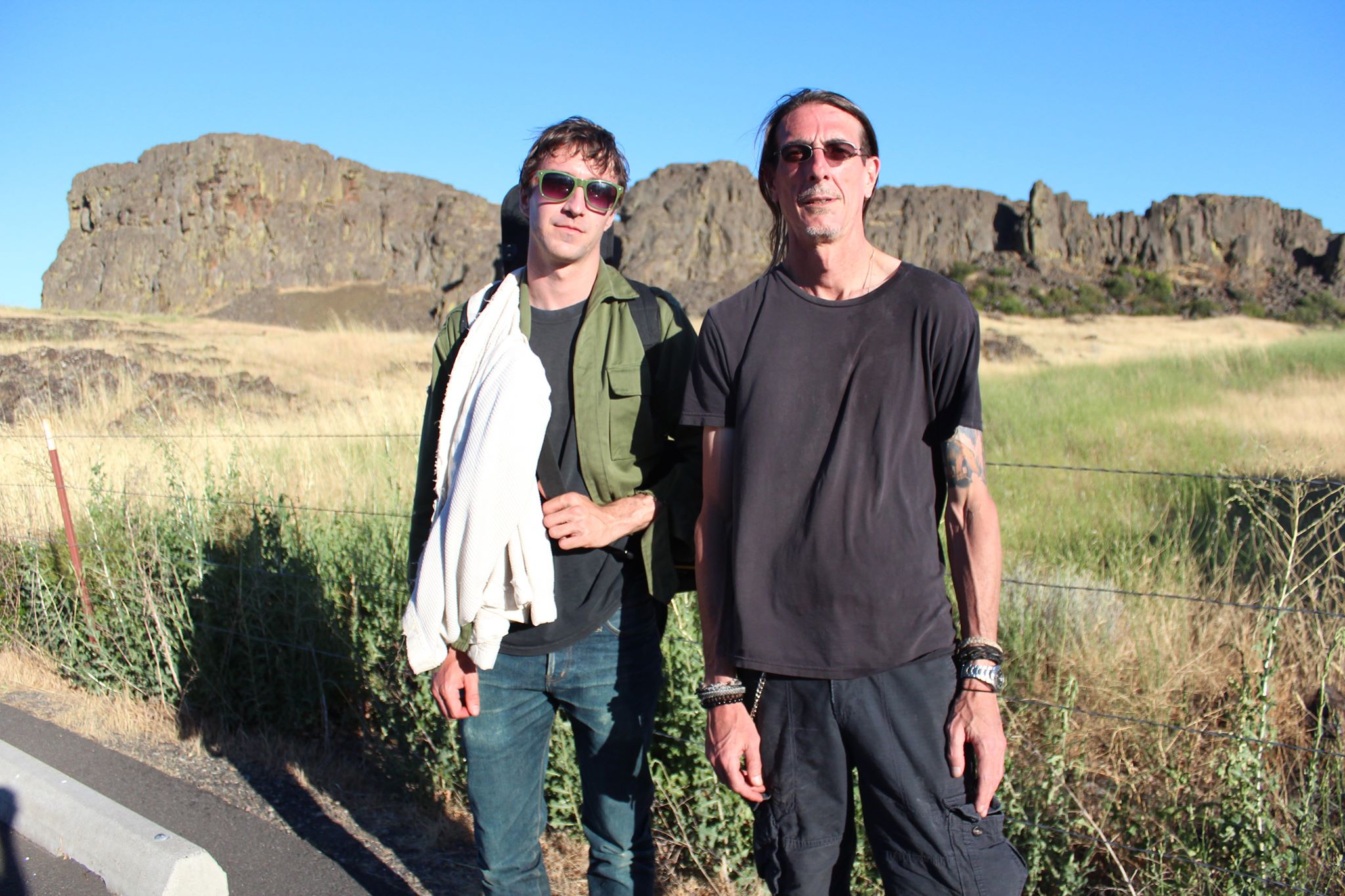 Progress Band has been performing since 2009. The dark folk experimental duo is based in Portland, Oregon, where they perform regularly and have gone on several west coast tours. The group consists of Zarko on guitar and vocals, and Scott on bass, with frequent guest appearances from local artists. Their sophomore album, "A String That Picks Up Everything", will be released later this year.

After traveling through Asia and the US with an acoustic guitar, Zarko formed Progress Band in 2009 with the intent of writing a collection of songs about his travels. "Shadow In The Shape Of", released in 2013, is a collection of folk and experimental rock compositions about repression, the destructiveness of capitalism, and lost love. Zarko recorded most of the album himself, with collaborations from Chris Schunk and Empty Cloud.

Progress Band toured the west coast several times, with early band members Michael Rufini and David 'Darko' Goodman, playing in Seattle, San Francisco, Portland and Sacramento, employing stage antics like being dragged off stage and waterboarded by audience members or inviting audience members onstage to play instruments. After winning the Portland 'Battle Of The Bands', Progress Band went through some lineup changes, and took a break to record.

Between tours in 2019, Zarko released the experimental electronica album, "Kids These Days", under the name Zarkoyuko. This will be followed by the release of the primarily acoustic "A String That Picks Up Everything" in 2020. This album, which the band describe as gothic western, mirrors the mood of the Corona virus pandemic, with reflective songs about past mistakes and isolation, and hints of paranoia from living at the whim of the state.

"A String That Picks Up Everything" takes a toned down approach to gloom. The opening track, “Of The Two”, is a duet with firebrand singer Sven and jumps straight in with a lamentful tune about factory work and the loss of youth.

“A lot of these songs were written late at night, which is where some of the sparse, quiet feel of the album comes from. The first song, though a lament, is also a call to action. Many people end up in these crazy jobs, just mind numbing jobs in dark warehouses that we have been subjected to since the industrial revolution. This song is about being in that situation, but of course there's still a spirit inside of you to dream and try to deal with the situation, looking back on what you used to be”, says Zarko.

The new album is very clear and intimate, a mood piece with carefully chosen finger style guitar riffs, a little bass here and there, a few duets, and a quiet guitar solo for the dedicated listener. The album demands attention through its sparsity and tip of the tongue lyrics, reminiscent of Elliott Smith or Sun Kill Moon. Granted, a few songs still dive into the experimental, with a short atonal bass solo in "City Gritty", and the occasional strange metaphor. But the additional vocals from solo artist Sven can't be ignored, and the album has a catchiness in spite of the gloom.

Musical inspiration for Zarko comes from his home made guitar and tube amplifier, nature, and a vision of a society without repression. After coming of age in Seattle's grunge scene of the 90's, Scott played in metal bands in Portland before moving on to rock and experimental. Scott works with disadvantaged youth in Portland.