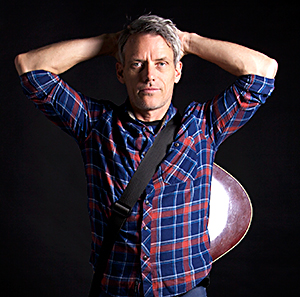 Music with stripped back soul, songs that speak to the inner stillness and sadness, an album that echoes after you stop playing it. This is how you could describe folk country artist Phil Smith’s latest offering ‘Year Of The Dog’, his 3rd full length album, following 2008’s ‘Goldmine’, and 2010’s live studio album ‘Second Hand Heart’ which was produced by Scott Horscroft (Birds of Tokyo/ The Sleepy Jackson/The Panics/ Silverchair).

‘Year Of The Dog’ is without an emotional filter and speaks the truth as Smith sees it. Stripped bare on every level, and in the great tradition of albums like Nick Drake’s ‘Pink Moon’ and Ryan Adam’s ‘Heartbreaker’, ‘Year Of The Dog’ delivers 10 tracks of beautifully understated folk and americana.

Phil originally hails from Sydney, where he started playing the guitar at the relatively late age of 15, before moving to Darwin to finish high school. Studying jazz for the better part of a decade, it was in Bristol, UK, that Phil started writing and performing his own material. With an EP under his belt, and being courted by Sony, Phil returned to Brisbane in 2003 to attend to urgent family business. Along the way, he seems to have shared his life with people that always seemed to be running away from something, and it was these experiences that shaped him as a songwriter.

‘Year Of The Dog’ is a brutally honest musical journal, but inside there will be unexpected pockets of songwriting sunshine, a glimpse into hope and a sweet appreciation of all the melancholy and mad moments.