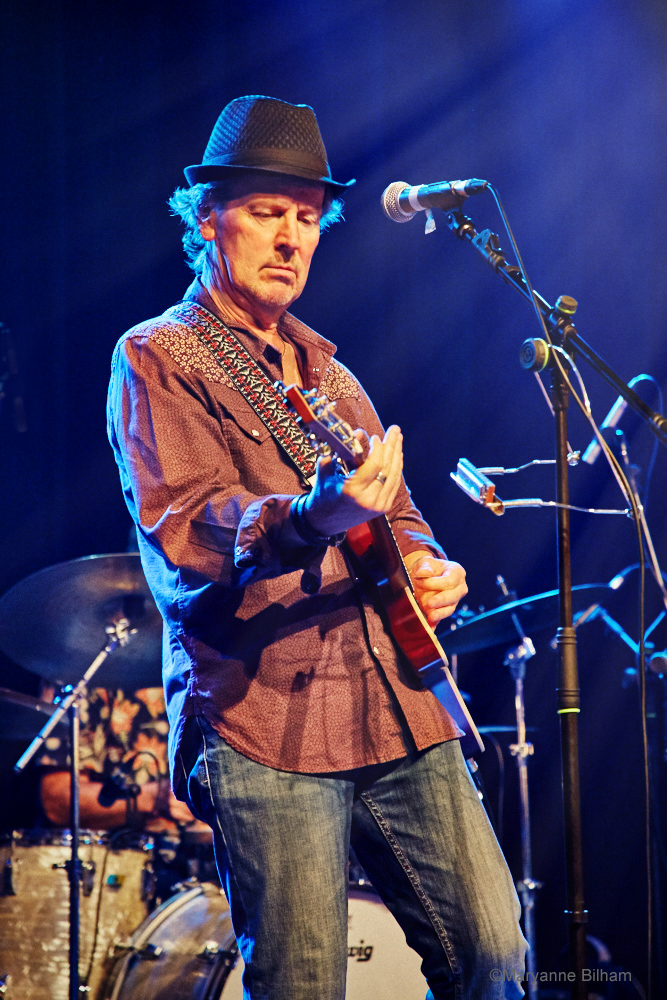 New Zealand singer songwriter Paul Gurney launches his brand new album, "Blue Horizon", next month. The album features 11 songs, written and performed by Gurney, who is influenced by americana and roots music and has performed for many years as part of The DeSotos. "Blue Horizon" is the musician’s 2nd solo album, and it explores personal themes, developed in Gurney’s writing over the past few years.

“The songs at the centre of this album speak to existential struggles and observe the associated feelings they generate, while also seeking to reveal the underlying human spirit and the belief that there will be better days coming ahead if we can collectively weather this period of unsettling turbulence”, explains Gurney.

“This sentiment is at the heart of Indian author Hrishikesh Agnihotri’s quote, ‘sometimes victory lies not so much in conquering the glorious mountain peak but in simply having survived through a fatal and deadly storm.' That is meaningful to me, and my work as a music tutor working with people struggling with mental health issues has allowed me to observe this 1st hand over the past 2 years. It’s no coincidence that songs on 'Blue Horizon' such as 'Fragile', 'Ricochet' and the eponymous title track lyrically explore these territories while being wrapped in melodic and atmospheric musical landscapes”.

The album also offers moments of lightness, in tracks such as "Perfect Space", "Moonlight Waltz" and "Windows". The album was produced by Bob Shepheard at Bobtastic and Roundhead Studios in Auckland, New Zealand, with final mix and mastering handled by Steve Garden. Gurney was accompanied by his band members, and a stellar line up of leading New Zealand musicians, including Neil Watson on pedal steel and violinist Richard Adams. "Blue Horizon" is licensed through Aeroplane Music.

Gurney, who has been performing in bands and playing music since the 1980's, will tour with The DeSotos in November and will play songs from "Blue Horizon" on that tour, a "Blue Horizon" launch gig will also take place Thursday November 19th. Gurney is planning to be in Europe next summer and look to play festival dates and shows while here.

Paul Gurney has been a musician since the 1980's. In 2004 he formed The DeSotos with his longterm bass player Stuart McIntyre. By the early 2000's, he had begun songwriting in earnest and was following his passion for americana music and the sounds of New Orleans. The DeSotos 1st album, "Cross Your Heart", was released in 2008. It was selected by Manu Taylor as Radio New Zealand National’s 'New Zealand Album Of The Year' that year, and the track "Greedy Men" became the title music for the television series 'South'.

The DeSotos followed this up with "Your Highway For Tonight" in 2011, which cemented the band’s place in the New Zealand music scene. In 2017, Gurney released his 1st solo album, "Shadow Of Love". For the past 14 years, Gurney has been the music tutor at Toi Ora Live Arts Trust. The trust supports people who are experiencing mental health issues with arts classes. He is also a lead tenor in Auckland’s celebrated Jubilation A Cappella Gospel Choir, something of a musical institution since 2000.