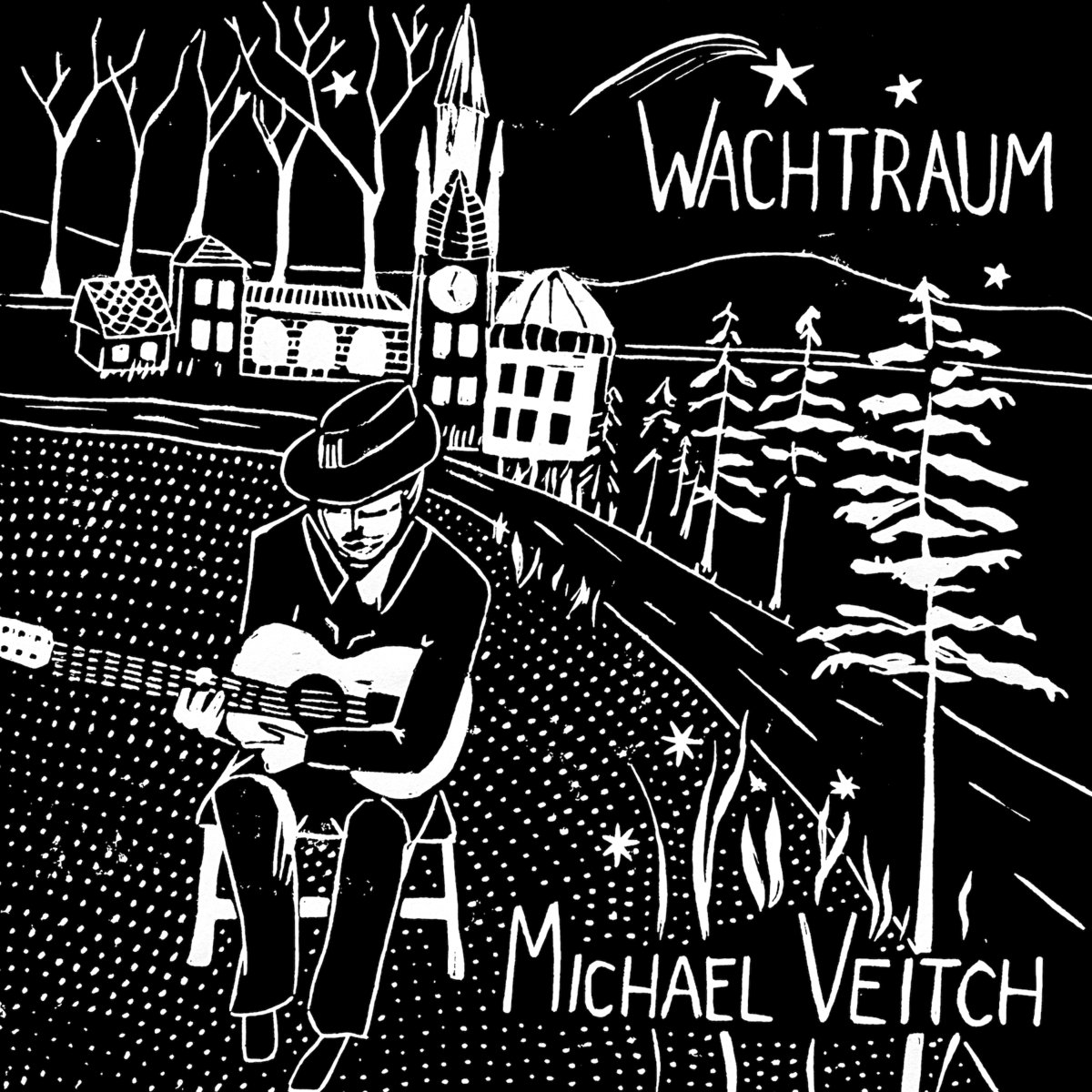 "His music visits the past without regret and the future with an optimist's eye, while his lyrics and melody weave a narrative of world class performance" ~ Six Degrees Anne Carlini, Exclusive Magazine.

“Wachtraum ” is a culmination of Michael Veitch’s skills as a songwriter and is produced so that the songs are truly taking center stage. Recorded over several years and around the globe, this sets a new bar for Veitch with its finely tuned sonics, wide ranging vocals, combined with well chosen lyrics, as if from another time and place. Veitch’s “Wachtraum” may be one of the records that defines 2022.

Heart driven songs combined with a beautiful tenor and fluid guitar playing, Michael Veitch is highly regarded by many of his singer songwriting peers. His music visits the past without regret and the future with an optimist’s eye, while his lyrics and melody weave a narrative of world class performance. It’s every person’s dream to get to do what they love, intertwining that work with their heart’s passion and making a difference in the world. And that’s exactly how Michael Veitch lives his life.

Some musical highlights. Judy Collins covering his song “Veteran’s Day” for her CD “Bohemian”, and live DVD “From The Temple Of Dendur” both duets with Kenny White. Michael’s version reached #3 on the folk and americana DJ list November 2017 from his EP “Wake Up Call”. Being honored by the Music2Life Foundation for his song “Pledging Allegiance”, which reached #10 on the folk and americana DJ list in October 2017, being featured with Ellis Paul, Vance Gilbert and Jim Henry for a full set at the 2001 Newport Folk Festival, opening numerous dates for Shawn Colvin, and sharing stages with the many fabulous singer songwriters out there.