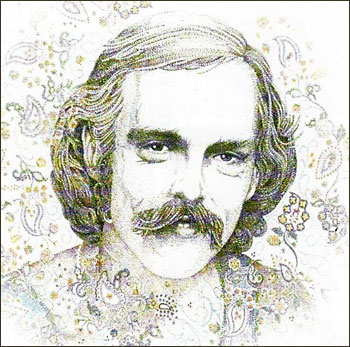 Michael Brewer was born on April 14th, 1944, in Oklahoma City, Oklahoma. The oldest of four children, he performed on the radio at age four. He was a singing drummer in a rock and roll band in highschool, along with fellow bandmate and guitarist Jesse Ed Davis. In 1960 he sold his drums and bought his first guitar. After graduating highschool in 1962, he traveled the folkcircuit performing in coffee houses from coast to coast, and began writing songs. He met Tom Shipley in 1964 at The Blind Owl coffee house in Kent, Ohio, but they wouldn't become a team for a few more years.

He teamed with first partner Tom Mastin in 1965, and settled in San Francisco, then Los Angeles. His first recording contract was with Columbia Records as Mastin & Brewer. They formed a band with drummer Billy Mundi (later to be an original member of Frank Zappa's Mothers of Invention), and bassist Jim Fielder (later to be an original member of Blood, Sweat & Tears). Mastin & Brewer toured southern California opening for The Byrds, along with another newly formed band, Buffalo Springfield. Buffalo Springfield got together in a house next door to Michael, once owned by Lenny Bruce, and they got their name from a road work vehicle that was parked in front of Michael's house. Mastin & Brewer began headlining clubs in L.A., and began recording, but Mastin decided he couldn't take the pressure, and they separated. Sadly, years later Tom Mastin commited suicide.

Tom Shipley moved into a house around the corner from Michael and they began writing songs together. Soon, Tom was a staff writer for A&M, as well. Their demos for the publishing company exhibited a sound and style of their own, and A&M suggested they record their songs themselves. Their first album “Brewer & Shipley/Down In L.A.” was released in 1968.

Unhappy with life on the coast, Michael and Tom moved back to the heartland, doing what they'd done before - Performing their songs for those who'd care to listen. They made Kansas City, Missouri their home, and with friends, formed a company named Good Karma Productions. Brewer & Shipley acquired a new recording contract with Buddha/Kama Sutra Records in New York City. They recorded four albums for that label “Weeds”, “Tarkio” (containing the now classic rock-anthem "One Toke Over The Line"), “Shake Off The Demon” and “Rural Space”. Eventually, they moved to Capitol Records and recorded two albums “ST-11261” and “Welcome To Riddle Bridge”.

In 1980 Michael and Tom amicably went their separate ways. Michael met Dan Fogelberg in a bar in the Rocky Mountains, and Dan invited him to sing on a song on his latest album. The album was “The Innocent Age” and the song was "The Reach". Dan produced Michael's first solo LP entitled “Beauty Lies”, on Full Moon/Warner Bros, and it was released in 1983.

In 1987 Brewer & Shipley regrouped for a special concert in Kansas City. They did a few more reunion shows, but writing new songs is what got them back together. While on tour in Alaska, they decided to form their own company "One Toke Productions". They have written songs for, and recorded two CD's for that company, “Shanghai” and “Heartland”, and after forty plus years together Brewer & Shipley are still performing.

In 2004 Michael released his 2nd solo effort, entitled “Retro Man”. In the last few years Michael has been more prolific than ever writing songs, and in early 2011 released his 3rd solo album entitled “It Is What It Is”.