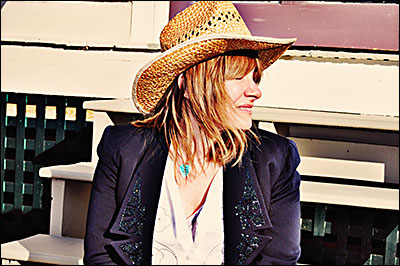 “Mary Battiata’s latest is nothing less than a jewel of modern country” ~ Dani Heyvaert, Rootstime

Mary Battiata’s "The Heart, Regardless" debuted in late January at #24 and #38, respectively, on the Roots Music Report’s 'Top 50 Americana Album' and 'Top 50 Country Album' charts and is gathering great reveiws in the US and Europe. The album features 13 new songs by singer songwriter Mary Battiata and her band Little Pink, plus Mary’s cover of an instant country classic, “Drive That Fast”, by Baltimore honky tonk master Arty Hill. It was recorded by Mary and co-producer Dave Nachodsky in Baltimore, MD, with a posse of the finest country and bluegrass players on the mid Atlantic scene, along with contributions from special guests Dudley Connell, IBMA winner Mike Munford on banjo, IBMA nominee Patrick McAvinue, and more. From the acoustic twang of “Tall Timbers”, set on the 18th century Chesapeake Bay, to the dark guitar and bodhrum pulse of “March 16”, an anti war anthem set in northern Iraq circa 1988, from the classic country and rockabilly sounds of “20 Words” and “Can’t Take My Mind Off You”, to the second line swing of “Six Miles Out”, "The Heart, Regardless" is a fiery charmer.