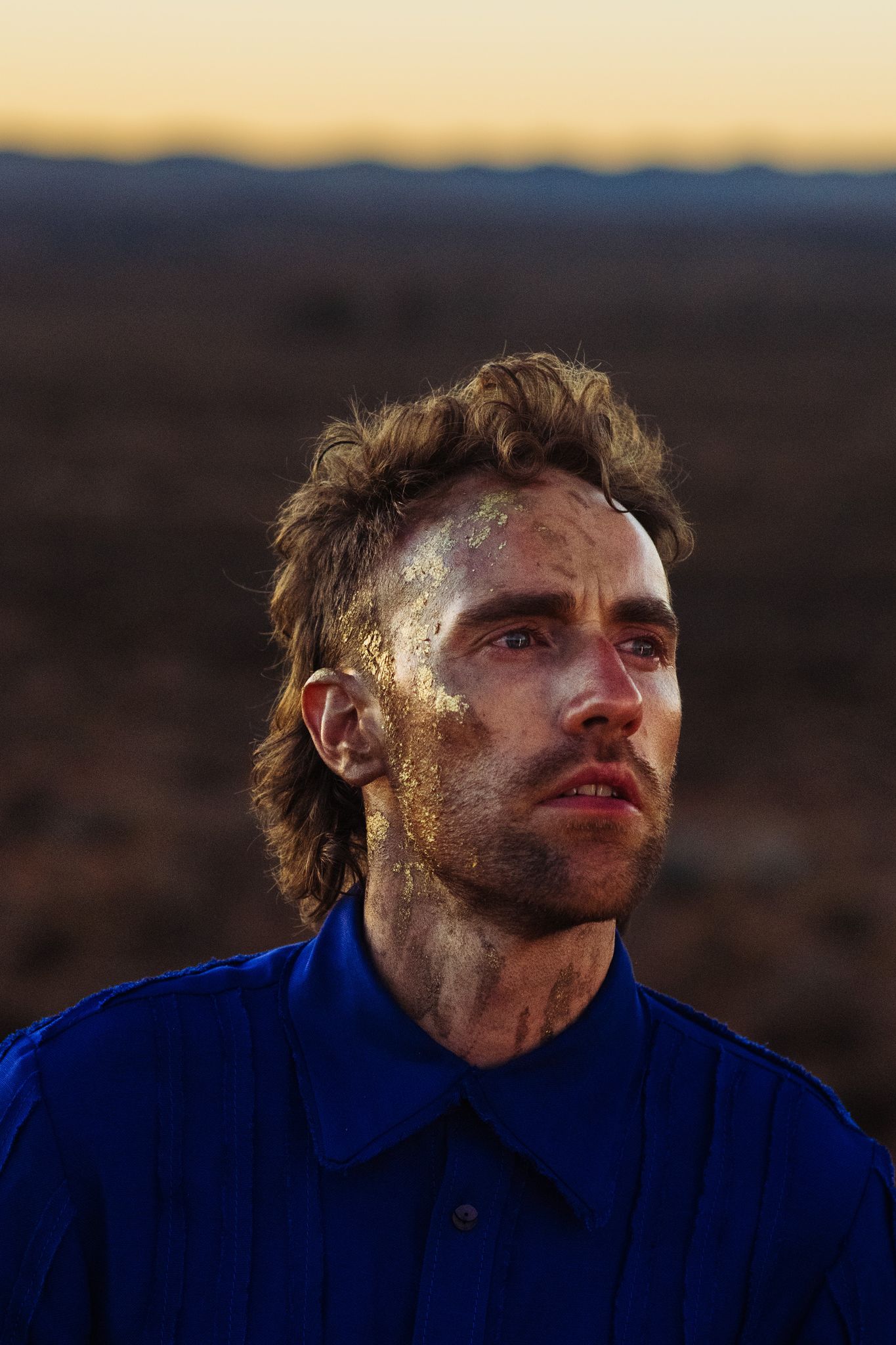 Multi award winning contemporary folk aficionado and globetrotter Kaurna Cronin has been leaving his mark over the past few months in the lead up to the release of his brand new album, "Harsh Beauty", out on June 24th, 2022.

Previously named Folk Alliance Australia's 'Artist Of The Year', Kaurna Cronin is known for invoking intense emotional responses through his stirring folk storytelling, celebrated as the recipient of the APRA-AMCOS 'Emily Burrows Award', as well as being known for his extensive tours around Europe and Australia.

Now, delivering his 8th album since his debut, Kaurna Cronin aims to reflect on the environment’s effect on humanity with an 11 track exploration into how we broadly perceive ourselves and the lands we live, and how this land influences our beliefs and ideals.

“‘Harsh Beauty' is a reflection on how our environment shapes our cultures, lives and personalities; as we leave our mark on the world, so too, do the landscapes we traverse cast themselves upon us”, Kaurna Cronin elaborates.

“Touring to many different countries and cultures, I am fascinated by how human characteristics and personality traits can be seen in parallel to the surrounding physical landscapes. It is as if we are adapting our social and political environments and aligning our language, visual aesthetics and behaviour to mimic our physical surrounds”.

Opening with gravity defying single "Our Way", Cronin reflects on vulnerabilities in relationships paired with compromise and understanding with an orchestral folk rock power illuminated by pulsing strings, spacious riffs and a decadent harmonica solo.

Next, we find "Unknown", a bittersweet folk ditty inspired by the Paul Keating "Rememberance Day Speech", commenting on the wars of past and present.

Speaking to the feeling of being utterly out of control, "Sideways" emerges with honky tonk tinged guitar riffs and organ notes, with a saxophone solo for the ages, until recently released single "Never Said" rears up with edgy electric guitars and jarring percussion lead rhythms, observing the struggle artists face living in a capitalist society.

In a cloud of red rock dust, "Keep Me By The Rock" brings rich melodies, earthy vocals and Goanna-esque rock riffs, inspired by Australia’s history and Kaurna’s drive from Darwin to Adelaide to join the ceremonies for the closing of the Uluru climb.

With a sweet yearning comes "One Day Away From You", using a slinky bass groove, intense strings, clacking percussive elements and stirring lyricism to evoke the feeling of longing that comes from being away from home, followed by a melancholic sequel of sorts with "I Write Love Songs" which is about necessary separation from places and relationships.

Questioning the ongoing need for ties with the monarchy, "Why Do You Love Lizzie?" is a melodic soft folk track combining gentle guitars with pleading vocals and distinct harmonies, before "If The First Time Was The Last Time" delivers sauntering piano notes, funky bass guitar grooves and changing instrumental layers, contrasting the idea of monotony and the cyclical nature of our lives explored in the lyrics.

As the name indicates, "As It Comes, As It Goes" is a song about letting go of grand expectations and taking the good with the bad, told with a playful, upbeat melody and encouraging lyrics, before album closer "The Hardest Part" looks towards the future with a final bittersweet folk moment about recognising when it is time for a new beginning.