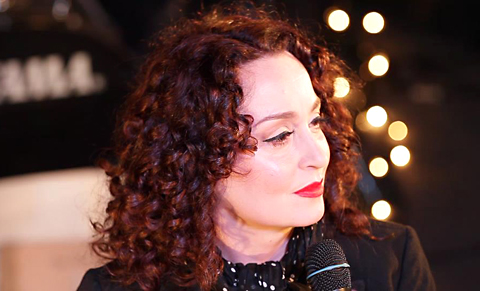 Franka De Mille is a London based singer, songwriter and composer. Her debut album ‘Bridge The Roads’ has already received critical acclaim and extensive airplay all over the world.

Franka’s focus on strong melodies really underline the powerful emotional charge of her unique voice and deeply personal lyrics. Her deliberate use of violin, cello, accordion, mandolin and flute as ‘second voices’ add an awesome depth to her compositions.

Although she has been compared to Patti Smith, Tori Amos, Kate Bush and PJ Harvey, the only real comparison with them is a shared creative clarity in the expression of their music. Franka remains uncompromisingly herself, both musically and vocally.

She is the first, and only, independent artist to be selected for the British Phonographic Industry’s ‘Why Music Matters’ campaign, alongside Nina Simone, The Beatles, Kate Bush, Louie Armstrong, John Martyn and Nick Cave.