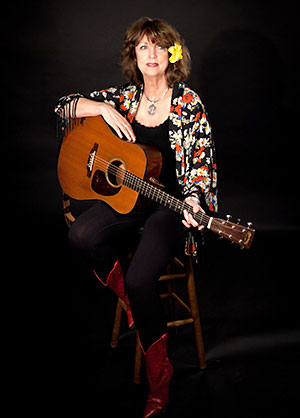 Fayssoux McLean is a different deal.

“She’s one of my favorite singers”, says Emmylou Harris, who enlisted Fayssoux to sing harmony and duet vocals on many classic sessions. Emmylou first met another frequent duo partner, Rodney Crowell, in Fayssoux’s living room. “Charm, elegance, whippoorwills and magnolia dewdrops, these are the things that come to mind when I hear Fayssoux sing”, says Crowell.

“Fayssoux is unlike anyone, and she speaks to everyone”, says Cooper. “She’s a profound pleasure, pleasurably profound”.