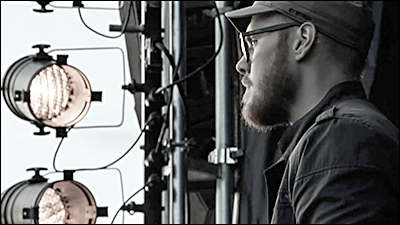 Erik Lundgren has made music for 2 decades and his albums have had many different moods and even genres over the years, but one thing is always apparent, he is always rooted in nature, heavily inspired by the Scandinavian wilderness. Growing up in a small town in Sweden, surrounded by forests, he often spent his time writing lyrics and music alone in the woods. Back in 2009 he lived in Japan where he spent a great deal of time soaking the Japanese culture and surroundings, it lead to the album ”One For The Road”, an album he released for free, which received over 100.000 downloads.

He's been a solo act since he left the band Sink back in 2005 and started releasing albums under his own name. Recording all instruments on his own and producing his own work. Almost 10 years and 26 albums later he joined forces with Jimmie Nolsøe on guitar (To My Green Lands) and Kaare Grasbøll (Rovers Ahead) on keys and accordion. During the last year they have slowly transitioned from acoustic to electric, equipped the western guitars with pickups and pedalboards.

He does not care much about labeling his music and rather go by the ’whatever sounds good’ mentality, which is the only rule Erik uses, as he records his odds and ends, brewing his new tunes. And he loves to use instruments and objects out of their elements. Mixing sound design with traditional singer and songwriter techniques. But for the latest album ”Door Dwellers” he decided to try something new, to tell 3 stories in every song. Every song contains a piece of famous folklore from somewhere around the world. They also tell a story about Erik or someone close to him. And a classic traditionally told singer and songwriter cliché. The lyrics has been gently woven together to let the audience make their own interpretation.

The album takes great inspiration from the small forgotten rituals and oddities that cultures used to execute or perform, and rituals we still exercise to this very day, but might have forgotten the story behind them. The fear of evil spirits lurking in doorways ready to possess or snatch any woman being carried over the threshold by her newly wedded husband. Hence the title ”Door Dwellers”.