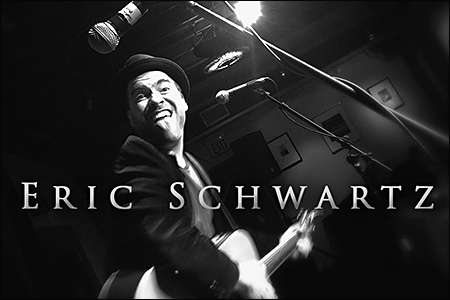 Award-winning musical satirist and songwriter Eric Schwartz has been playing music and comedy venues nationally for 15 years (The Improv, The Comedy Store, The Bottom Line). He has composed for and performed in various Satiristas shows spearheaded by Paul Provenza, as well as "The Bad Boys Of Comedy" with Bobby Slayton, Jim Norton et al. His songs have been sung by Ronny Cox, Holly Near and Van Dyke Parks.

After that? Web series in the making, more videos, and another CD ("The Better Man") about to go to mastering. Schwartz is known as much as a kick-ass live entertainer, singer and multi-instrumentalist as a spot-on writer and recording artist, so be sure to catch him when he tours through.