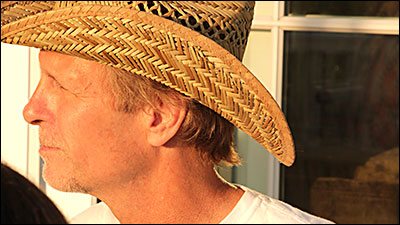 David Massey has previously released 4 albums on his independent Poetic Debris label, "Blissful State Of Blue" in 2004, "So Many Roads" in 2009, "Until The Day Is Done" in 2015 and "Late Winter Light" in 2018. His mix of folk, rock, blues and bluegrass songs have not achieved significant commercial success but have wowed reviewers who noticed, as Folk World noted in 2019, “the Washington DC artist still hasn’t made his breakthrough, though each of his albums has been critically acclaimed”.

Also roots radio stations have taken note, 2 of the tracks from "Until The Day Is Done" were in the Roots Music Report’s Top 10 folk rock songs for most of the summer of 2016.

Massey performs regularly in the DC area clubs and coffeehouses. He has assembled an extraordinary band consisting largely of the players on his CD's, all veterans of the Washington area music scene. Their versatility allows them to explore the variety of styles and genres reflected in Massey’s compositions, from swampy rockers to bluegrass inflected country rock to delicate ballads.

David Massey’s brand new americana single, "Watch Your Back In Hell", is a scathing indictment of Donald Trump and his congressional cronies penned just after the January 6th assault on the Capitol, driven by a Ron Stewart violin tour de force reminiscent of Scarlet Rivera’s mid 70's work with Bob Dylan.