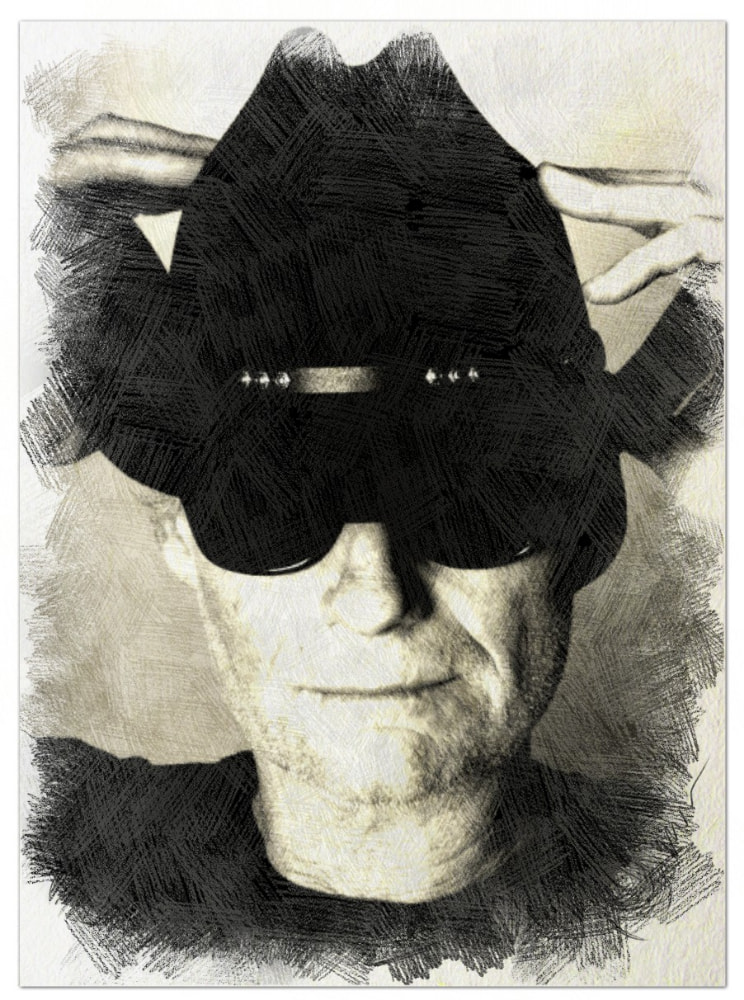 Tapping into his humanity after 3 decades and a world of travel have only made veteran americana crooner Crosby Tyler edgier and more relatable as he crafted the tracks for his latest album, "Don't Call The Law On Me".

"I'm more of a hook loving and personality driven singer than anything else", says the vocalist when he's asked how to describe best a career that's maintained relevance while achieving longevity. Tyler's 30 years in music also includes NPR and Billboard acclaim and collaborations from artists, including Sarah and Sean Watkins of Nickel Creek fame, and 3 time Grammy nominated singer songwriter Peter Case.

"Buck Owens, Kris Kristofferson,Willie Nelson, David Allan Coe, Waylon Jennings, Johnny Cash, Todd Snyder, Robert Earl Keen, Shel Silverstein, and Willie Dixon. That's who I was listening to while writing this", he adds. "This release is what, for me, because I'm leaning in more on those influences, and involving more pedal steel and Telecaster guitars, my most countryish album to date".

Though he's a person who considers one of his professional strengths his introspective nature, a listener doesn't need to listen too deep to songs like the album's lead track or songs like "The Family I Never Had" and "Peace, Love & Beer" to find the soul of this collection of songs.

"Self-admittedly, I'm an over thinker, and I've rarely played with a regular band backing me, which may have been a limitation for me in the past", he offers in a self critique. But, indeed, having folks behind him to carry the load yields dividends on the album.

"This collection of songs is different for me in that a lot of this material is more upbeat and fun", notes Tyler, who features players with credits working with alt country icons Shooter Jennings and the Hacienda Brothers, plus soul legend Mavis Staples on "Don't Call The Law On Me".

The lead track is a straight ahead, heartbroken honky tonker that, when Tyler sings on it, his voice bends and breaks that energy in a way that reveals his own flawed yet still strident humanity. In also stating that other self effacing yet gifted artists like americana beloved 'traditionalists who look and play the part' like Sturgill Simpson and Tyler Childers are artists he'd love to pattern success after in a dream scenario, this notion bears fruit here.

Moreover, a song like "The Family I Never Had" is resonant in how it spotlights the way veteran musicians often bittersweetly reflect on their careers to only realize that time spent frustrating over the journey to success and sustainability often causes what he describes as 'the golden times' and 'the golden people' to be overlooked. As well, "Peace, Love & Beer" eschews high minded, ham handed saviorhood for 'sitting down and having a beer together' as an ideal way to get more people to open up to diversity and inclusion in their lives.