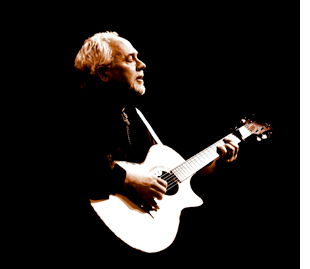 Craig Bickhardt’s new CD "Brother To The Wind" contains some of the best work he has done in a long career dedicated to ennobling the art of song. One listen and you'll be reminded of the days when artists like James Taylor, Leonard Cohen, Joni Mitchell and Gordon Lightfoot were pioneering the singer-songwriter genre.

"Music used to change people,” Bickhardt notes. “Records used to be made for careful listeners who read the lyrics and talked about the songs, interpreted their meanings. That’s the kind of music I relate to.” Craig is following in the footsteps of his admired predecessors.

For this project, Bickhardt dug deep into his 800-tune catalog. The record contains songs that have already proven their strength, having been recorded by Johnny Cash, Willie Nelson, Trisha Yearwood, Tony Rice, Charlie Louvin and others.

But Craig is not merely a tunesmith capitalizing on his thoroughbred discography. These songs are highly artistic, and throughout his extraordinary career he has picked up many believers among the better artists of his generation. You can hear them “sitting in” on nearly every cut of the new CD; Janis Ian, Beth Nielsen Chapman, Terri Hendrix, Lloyd Maines, John Mock, Tim O'Brien, Darrell Scott, Maura O'Connell, Rusty Young, Jack Sundrud and a host of others.

"I wanted to include some of the artists and friends I've known and respected on this CD. You get to a point where you realize you don't have forever in this world. It's time to do the things I've put off, and one of those things is to sing and pick with these great people I've met and admired,” Craig says.

The Native Pennsylvanian’s big break came in 1982 when he was chosen to write and sing two songs for Robert Duvall's Academy Award winning film "Tender Mercies". In the wake of that film’s success, Craig made his move to Nashville where his songs found their way onto platinum and Grammy winning CDs by legends such as Ray Charles, B. B. King, Martina McBride, The Judds, and Dianne Schuur. Along with his friends and collaborators Thom Schuyler, Fred Knobloch and Don Schlitz, Craig was one of the original Writers In The Round at The Bluebird Café. He went on to have three hits as an artist when he joined Schuyler and Knobloch to make their SKB CD 'No Easy Horses' for MTM Records, which yielded Craig's chart topper "Givers And Takers".

In 2006 Bickhardt made the bold move to leave Nashville and return to the concert stage and to his roots in eastern Pennsylvania. Since his move he has shared the stage with Kathy Mattea, Judy Collins, Billy Joe Shaver, Livingston Taylor, and Janis Ian among others. His performance at the 2008 Philadelphia Folk Festival prompted the concert’s promoter Jesse Lundy to say, “Craig Bickhardt stands among the giants of songwriting. His main stage show at this year's Philly Folk Festival was absolutely outstanding.”