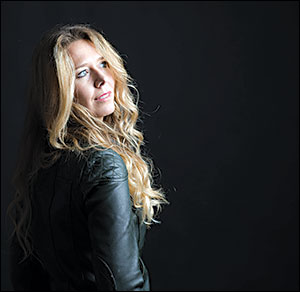 Folksinger Clementine from the Netherlands grew up as a captain's daughter. When her father came home after his long travels,up to a year, her mother's chansons were replaced for his Celtic and Irish music. Water, nature and freedom where fundamentals to her as she grew up. The Irish music became her lifeline with her father being away at sea. When she sings Celtic or Irish folk music now, it feels like coming home. Nowadays she mixes the style naturally with jazzy, bluesy and even chanson influences.

Clementine prefers singing in English but made an exception for the Dutch song ”Na De Hoos” (”After The Storm”) written by friend and writer Guus Westdorp. Originally written for the flood in New Orleans after Katrina. Raising thousands of dollars during a benefit concert for the victims.

She performed the song at the official national memorial for the Dutch flood of 1953, for the Dutch president, politicians and survivors. This event was broadcasted by national media including primetime news, French and American TV from New Orleans.

In 2003 she released her 1st album for record label Coast To Coast. This album was embraced by national radio stations like Radio 2 & 5 and was named ’World Album Of The Week’.

She toured Dutch theatres from small rooms of 80 seats, up to concert halls of 750 seats, and is currently booking another tour to support her new release “Letting Go”. For her new album, ”Letting Go”, she has collaborated with top producer and singer songwriter Wyatt Easterling from Nashville.