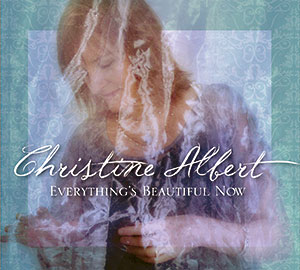 Ms Albert is currently serving as Chair Of The National Board Of Trustees Of The Recording Academy, the GRAMMY organization. She is the first independent artist and only the 2nd woman to reach this position. In addition, Christine is the founder and president of Swan Songs, a central Texas area non-profit organization that fulfills musical last wishes for the terminally ill and a portion of the proceeds from the sale of this album support Swan Songs.

This is not an album that a 20 year old would record, but is an authentic exploration of a rite of passage we all experience when we reach a certain age. "I needed to record these songs for my own healing. My hope is that others will also be comforted in some way".