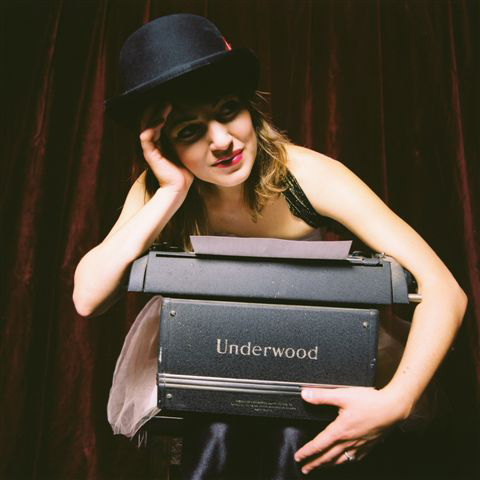 From her current home base in a 200-year-old farmhouse in rural Vermont, Anaïs (“uh-NAY-iss”) Mitchell writes songs that are as intimate as conversations and as rich in detail as short stories. The daughter of “hippie back-to-the-landers” whose father was a novelist and English professor, she remembers her family’s home (another farmhouse in the same state) containing “a library full of novels, and lots of old folk and psychedelic rock albums. The books and the records all lived in the same room, which I am sure led to me thinking of songwriting as a kind of literature, a noble poetic enterprise”.

No surprise, then, that the reference points of her music may seem to come from all over the map while still interconnected: the country ballads of the Carter Family, the hard-edged cabaret of Brecht and Weill, the story-songs of Randy Newman, the vast narrative scope of Pink Floyd’s 'The Wall', and the intricately crafted tales of her namesake, bohemian feminist Anaïs Nin, to name a few. All of these influences come together in 'Hadestown', an epic “folk opera” retelling of the Orpheus myth. The saga of the poet who ventures into the underworld to rescue his dead wife — a tale now set in a post-apocalyptic world of poverty — began as a live performance created in collaboration with fellow Vermont artists director Ben Matchstick and arranger/orchestrator Michael Chorney. In their neck of the woods — TV-less by choice, far from big cities, in a land of radical politics and culture — making your own entertainment, and getting your friends and neighbors to help you flesh it out, is the only way to go. After fine-tuning the show, the trio gathered a cast of two dozen, commandeered a silver-spraypainted schoolbus, and hit the road (through several blizzards) for a couple of ragtag D.I.Y. tours of New England. The next logical step? 'Hadestown', the album, performed by a dream-team lineup including Ani DiFranco, Justin Vernon/Bon Iver, Greg Brown, and Mitchell herself, among others.

Mitchell may have grown up in the middle of nowhere, but she’s seen more of the world than you might expect. “I always traveled a lot as a kid”, she recalls today. “My mom had a little axiom about things it was OK to spend money on: ‘food, books, travel, and friends.’ (We later amended that to include records.) My parents wouldn’t buy me a cool jacket or a videogame or whatever, but they would ship me off to Europe or Japan. Later I ended up studying in Costa Rica, Austria, and Egypt. I always loved languages and the feeling of being out of context — which is maybe why I love traveling as a songwriter now… It feels natural”.

It also felt natural, after she had plenty of original songs under her belt, to start getting them out to the world, so in 2002 she took an early stab at recording a self-released album (now out of print), and two years later she made the disc she considers her true debut: 'Hymns For The Exiled', released on the Chicago-based indie Waterbug Records. That project brought producer/musician Chorney into the mix as a frequent collaborator.

A copy of 'Hymns' gradually made it to DiFranco, who offered to release her next album, 'The Brightness', in 2007, followed by a unique vinyl/CD collaboration with fellow singer/songwriter Rachel Ries, 'Country E.P.', in 2008, and now the 'Hadestown' recording. 'The Brightness' inspired a reviewer from the Boston Globe to praise Mitchell’s “vivid snapshots of sweetly ordinary moments,” while Acoustic Guitar called her “a songwriter of startling clarity and depth, equally skilled at turning a melody or lyrical phrase into what you didn’t know you needed until you heard it”, adding that she “weaves her stories into an effortlessly beautiful and cohesive tapestry with the skill of an artisan’s carpenter, showing no seams”.

Anaïs Mitchell is the rare musician who is equally comfortable wielding an acoustic guitar alone onstage, sharing a disc’s worth of alt-country duets, or scripting a vast operatic journey into the underworld. She’s a fearless explorer, and her world just keeps getting larger.