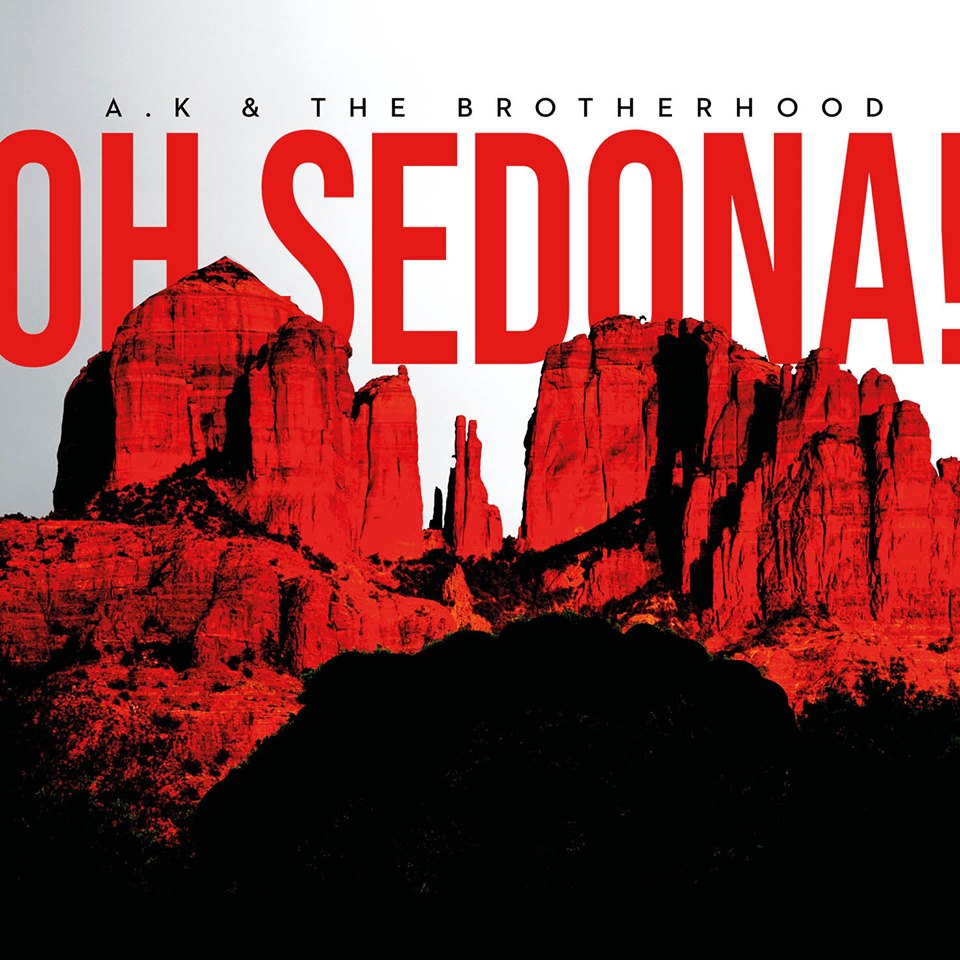 The year was 2015. Växjö based singer, songwriter and guitarist Alo Karlsson had the songs. Now he needed a band. The result was A.K & The Brotherhood, a constellation that, regardless who happens to be a part of it at the moment, has become the ultimate way to get his songs out, both live and on record. The group’s trademark is a tasteful and original mixture of country, rock and what is generally referred to as americana.

Alo’s personal songs and the unconstrained, organic sound soon earned them a dedicated fan base, and was manifested in 2017, when they won the Swedish Country Music Championship, where they were also awarded with the prestigious Audience Award. Their debut album, "The Outlaw Americana Sessions", was released that same year to critical and public acclaim. And now they’re back with their 2nd album, "Oh Sedona!". The material will be released in EP format, "Vol 1" through "Vol 3", on Spotify, as well as on all other download and streaming sites, and on vinyl and CD as a complete album.

Since last time, The Brotherhood has gone through several line up changes. Alo and drummer Daniel Uhlas form the basis of the band, together with the new album’s producer, multi-instrumentalist Johan Glössner.

“Johan is good in so many ways I can’t even begin to describe. The fact that he didn’t just produce the album, but also became a member of the band became a turning point, and has elevated everything. He is a real 'serve the song' kind of guy, and he knows how to give them just the right setting. He is also a really personal player and producer”, says Alo.

Every song on "Oh Sedona!" has been allowed to take the direction best for them, Alo suggests. And it’s Alo’s voice, deep, warm and convincing, full of both cockiness, doubt and sorrow, depending on what the song Is meant to project, that holds it all together.

"Arguably Good To Me" was the key track on the last album, and it’s counterpart on "Oh Sedona!" is the beautiful "For The Long Run", a heartfelt declaration of love that, without whitewashing, describes a relationship worth fighting for. And that makes it even more moving, and even more genuinely romantic than the often proposed, idyllic image portrayed in so many 'I’m in love'-songs.

"California Free Bird" is essentially a summary of the album’s mood, while "Big City Sidewalks" is a delicious duet with Sofia Loell. "Where All The Dreams Go" could, according to it’s author, possibly be pointing out a newish direction for the band.

“On the other hand, that’s what I think about every new song I write”, Alo smiles.

"Oh Sedona!" is packed with well written, to the point songs, an elegant, detailed production and, sometimes, big choruses.

“We originally had this idea to make a really raw, sparse record, but it just didn’t suit these songs. On the other hand, I’ve always had this dream to make a really thorough album, full of details and things to discover upon repeated listens, and that’s what we’ve done. I’m really happy with it”, Alo says.